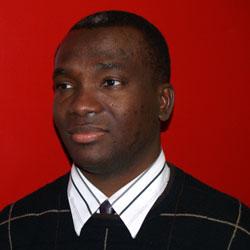 At Eastman he developed an interest in computer music, particularly in the area of synthesis and has, since then, used various sound synthesis software for some of his compositions. At the 2008 Image Movement and Sound festival in New York, he collaborated with a film maker and a choreographer in a multimedia work called Polarity that was performed at the Rochester Institute of Technology. He has written for ensembles of various sizes that occasionally include electronics. His music has been performed by the Empyrean Ensemble, Schola Cantorum, and various ensembles from the Eastman School of Music.

Hendel Almétus was selected by the BAU Institute (Building, Arts, Urbanism) to participate in a summer arts residency at the Camargo Foundation in Cassis, France.