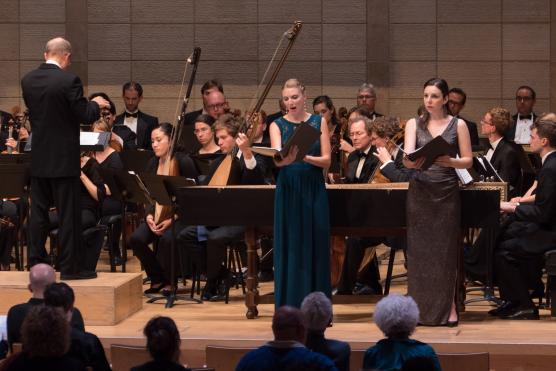 Just because a group invokes Bach in its very name doesn’t mean there isn’t room for it to explore the music of other composers. The American Bach Soloists proved the point on Thursday with a grand, and even grandiose, account of a little-known operatic gem of the French Baroque, Marin Marais’ 1709 opus Sémélé….

It helped, too, that Jeffrey Thomas, the company’s co-founder and longtime artistic and music director, led a performance of such vigor and dramatic urgency, and that the cast—drawn from the ranks of the annual 10-day Academy that draws young artists to the Bay Area from around the U.S. and the rest of the world—dispatched their assignments with such skill.