Robert Samson Bloch holds a master’s degree from the University of Chicago and a le prix avec distinction from the Royal Conservatory of Music, Brussels. A violinist and violist known equally for his performance of early and contemporary music, he is the recipient of the First Prize in the Young Artists Contest of the Society of American Musicians, the Kranichsteiner Musikpreis, and an Alfred Hertz Memorial Fellowship.

A former violinist in the San Francisco Symphony and San Francisco Opera, he was also the principal second violin of the Minnesota Orchestra. He has made solo appearances throughout Europe, Australia, and the United States. Some years ago he was invited to join the Baltimore Symphony Orchestra on a tour that took them to Germany, England, and the former Soviet Union. He has recorded for Pathe-Marconi, Musical Heritage, Monitor, and Redwood Records. 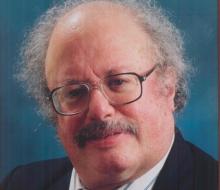