Jonathan Elkus was born in San Francisco and attended UC Berkeley and Stanford. He taught largely at Lehigh University and from 1992 to 2002 served as lecturer and director of bands at UC Davis. His visiting appointments include the North Carolina School of the Arts and the Yale School of Music.

He was arranger for the Goldman Band and frequent guest conductor at their summer concerts in Central Park. In 1984 Elkus established Overland Music Distributors, a publishing group, and now serves as consultant to Subito Music Corporation, its successor.

He is an editor of the Charles Ives Society’s critical editions of the complete works and has transcribed works of Ives for the U.S. Marine Band. In 2002 Elkus was presented with the Edwin Franko Goldman Memorial Citation of the American Bandmasters Association in recognition of his contribution to bands and band music in America.

jbelkus[remove-this-and-replace-with-at]ucdavis.edu
Back
This item appears in: 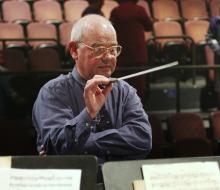 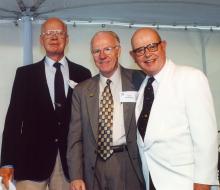