Praised by the San Francisco Chronicle for his “unforgettable display of virtuosity,” trumpeter Dominic Favia is equally comfortable on modern and historical instruments.

Favia plays second trumpet with the Carmel Bach Festival and has performed with various orchestras around the Bay Area including the San Francisco Symphony, the San Francisco Ballet Orchestra, and the San Francisco Opera Orchestra. Favia performs on Baroque trumpet with the American Bach Soloists and Musica Angelica, appearing with Voices of Music and the North Carolina Baroque Orchestra. In the past, he has attended the Spoleto Festival USA in Charleston, South Carolina, the National Repertory Orchestra in Breckenridge, Colorado, and the National Orchestral Institute in College Park, Maryland.

Originally from Vienna, Virginia, he received a master’s degree at the San Francisco Conservatory of Music as a recipient of the Dr. Beernink Memorial Scholarship studying under Adam Luftman and holds a bachelor’s degree from the Cleveland Institute of Music, studying under Michael Sachs. In addition to maintaining a busy performance schedule, he also works part-time building harpsichords in Berkeley at John Phillips Harpsichords.

defavia[remove-this-and-replace-with-at]ucdavis.edu
Back
This item appears in: 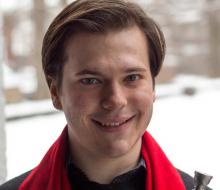