Andrew Frank (b. Los Angeles, 1946) studied composition with Jacob Druckman at Bard College (B.A. 1968) and with George Crumb, George Rochberg, and Richard Wernick at the University of Pennsylvania (M.A. 1970). Since 1972, he has been a member of the Department of Music at UC Davis, where he is professor emeritus (2007).

Recent works include Matinee d’ivresse for six players, Rhapsody for Cello and Piano, Duo Concertante for Clarinet and Piano, a sextet, String Quartet No. 6, a trio for flute, violin, and piano, Au bout de la nuit for flute, vibraphone, and marimba, Autumn Rhythm V for two marimbas, Autumn Rhythm VI for piano, and A Mind of Winter for violin and guitar.

From 1988 to 1994 he was a member of the board of directors of the San Francisco-based contemporary music organization Earplay (and president from 1991 to 1994).

Andrew “Andy” Frank, who joined the faculty at UC Davis in 1972, passed away in April, 2022. A consummate artist, Andy was in his beloved music studio until the very end, composing, revising, and revisiting cherished musical and literary masters of the present and past. 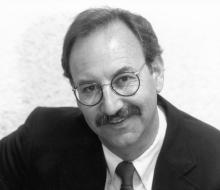