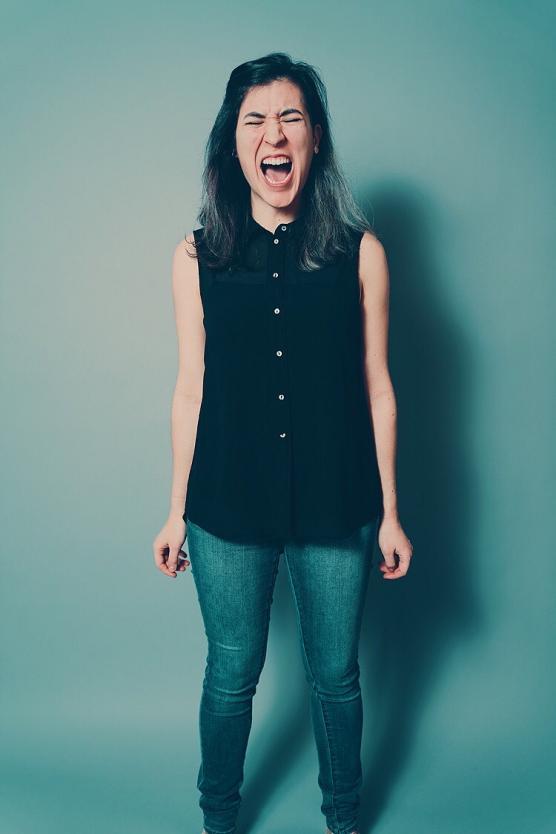 Orkun Akyol: can you hear me?

Colombian-American soprano Stephanie Lamprea is an architect of new sounds and expressions as a performer, recitalist, curator and improviser, specializing in contemporary classical repertoire. Trained as an operatic coloratura, Stephanie uses her voice as a mechanism of avant-garde performance art, creating “maniacal shifts of vocal production and character… like an icepick through the skull” (composer Jason Eckardt). Her work has been described as “mercurial” by I Care If You Listen, ”dynamic” by critic Steve Smith (Night After Night), and that she “sings so expressively and slowly with ever louder and higher-pitched voice, that the inclined listener [has] shivers down their back and tension flows into the last row.” (Halberstadt.de) She has received awards from St. Botolph Club Foundation, John Cage Orgel Stiftung and Puffin Foundation. Stephanie was a featured TEDx Speaker in TEDxWaltham: Going Places.

Stephanie devours mammoth works of virtuosity and extended techniques with ease and creative insight, singing with an entire spectrum of vocal colors (including operatic style, straight tone, sputters and throat noises). She has performed as a soloist at Roulette, National Sawdust, Shapeshifter Lab, Miller Theater at Columbia University, the Slipper Room, Park Avenue Armory, Museum of Fine Arts (Boston), the Isabella Stewart Gardner Museum, and the Re:Sound Festival. She has worked with Wavefield Ensemble, Ekmeles, Guerrilla Opera, Boston Art Song Society, Verdant Vibes and the Original Gravity Concert Series. In 2020-21, Stephanie will collaborate with the New Gallery Concert Series (Boston), perform as Artist-In-Residence at University of California – Davis, perform in residency at Mana Contemporary, and present a solo recital at Roulette.

Free, online only via YouTube premiere
a Shinkoskey Noon Concert

This event has been archived and may contain content that is out of date.
Event
May 6, 2021 - 12:00 pm - 1:00 pm Emily Joy Sullivan Orkun Akyol Joseph Vasinda Addie Camsuzou Josiah Tayag Catalan
Faculty Profile

Emily Joy Sullivan (b. 1987) is a composer, educator, and choral director based in Northern California.