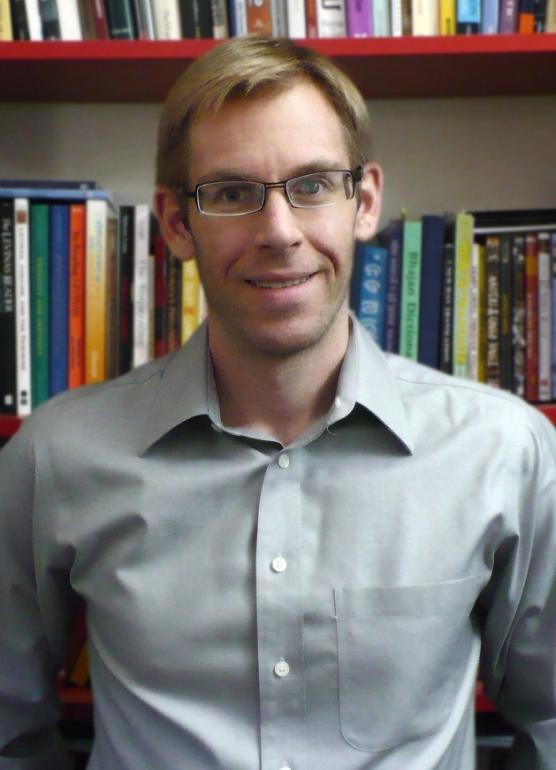 Dennen’s primary research is on the music and literature of Odisha, India, where he has done extensive archival and ethnographic research. He regularly publishes articles and gives conference presentations on the culture of this region. Dennen’s dissertation was on the early nineteenth-century Odia/Sanskrit composition Kishorachandrananda Champu by Kabisurya Baladeba Ratha. The dissertation situates the work and its author within the context of the region’s Vaishnava-influenced court culture, analyzes it from literary and musical perspectives, and explores its reception in the twentieth century. A full translation of the work is also provided.

Dennen has been a musician for many years, primarily as a flutist and songwriter. He has trained in Western art and popular forms of music and has also studied Hindustani vocal and flute performance. His broader research interests include the evolution of popular and art song genres around the world and the relationship between music and literature.

Graduate student David Dennen is the 2013 recipient of the Marnie Dilling Prize (from the Society for Ethnomusicology’s Northern California Chapter), for his paper “Hybridity or Purity, Border Regions or Border Lines?: The Problem of Musical Style in Odisha, India.”

The Marnie Dilling Memorial Prize was established in 1998 as an award for the outstanding student paper presented at the Northern California Chapter of the SEM annual meeting. Marnie Dilling
(d. 1997) was a beloved colleague in the Ph.D. program at the University of California, Berkeley.

Graduate student David Dennen’s article “The Third Stream: Odisi Music, Regional Nationalism, and the Concept of ‘Classical’” was published in the scholarly journal Asian Music (volume 41, number 2, 2010, pp. 149-179). Dennen is a Ph.D. candidate in the Department of Music’s program in ethnomusicology; it is unusual for a student so early in his graduate career to have his research published in such a prestigious journal.