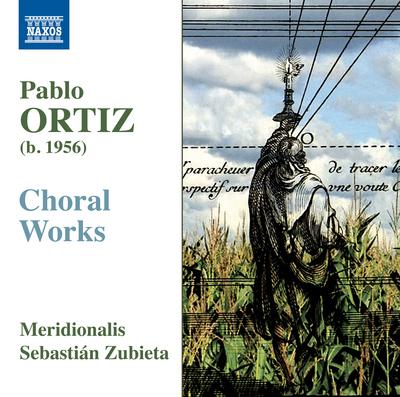 The recording represents most of Ortiz’s recent choral writing, the multifaceted variety of which reflects the composer’s intense emotional connection with the past. “Maizal del gregoriano” (“Gregorian Cornfield”) uses a musical language that is reminiscent of Benedictine chant, while “The Darkling Thrush” absorbs Thomas Hardy’s melancholy depiction of the end of an era. Mozart is referenced in the operatic “Teatro Martín Fierro Suite,” as are the beauties of 16th-century madrigals in “E ne la face de’ begli occhi accende.” The final “Metamorphoses” is a remarkable superimposition of medieval motets, expressing the essence of Ortiz’s belief in music as the ultimate time machine.