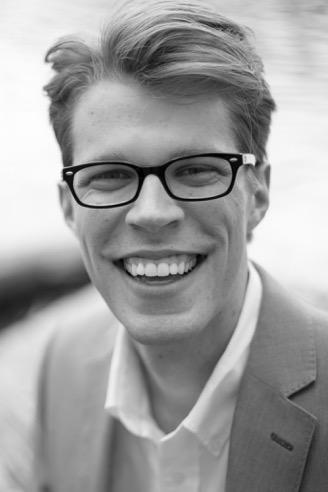 The Department of Music, UC Davis, announces lecturer Caleb Lewis to direct both the University Chorus and the Chamber Singers beginning fall quarter, 2018. Originally from Rome, Georgia, Lewis moved to Berkeley in 2017, where he worked as a church musician, music teacher, and performer. While in Berkeley, he also worked as assistant conductor of the San Francisco Bach Choir and sang as a regular baritone soloist and chorister with San Francisco Choral Artists.

Lewis’s interests range from Baroque to pop to gospel to traditional classical repertoire. He has a particular interest in Byzantine chant, which spans nearly 10 centuries of music. In addition to that predominantly Greek chant, Lewis has frequently worked in Latin America as a music leader, and has been a choir director at several Spanish-speaking churches in the United States.

Lewis recently completed coursework for a Doctor of Musical Arts (D.M.A.) degree from Indiana University’s Jacobs School of Music. He will be finishing his dissertation—an English edition in Byzantine chant of an ancient Christian hymn to the Virgin Mary, the Akathist Hymn to the Theotokos—while teaching at UC Davis. He also has degrees in choral music from Furman University in Greenville, South Carolina, and Emory University, in Atlanta.

The Chamber Singers will perform a short program on Thursday, November 29, 2018, at 12:00 noon in the Ann E. Pitzer Center. The concert is part of the free noon concert series named for Joy S. Shinkoskey. The Singers will focus on more demanding repertoire written for smaller choruses. Their performances will be:

The University Chorus performs in the Mondavi Center and will perform three programs focused on larger choral works:

Tickets for all department events are sold through the Mondavi Center’s Ticket Office, and will be available beginning August 1st.

The university’s chorus director, Jeffrey Thomas, retired from UC Davis on July 1, but will continue as director of the American Bach Soloists.