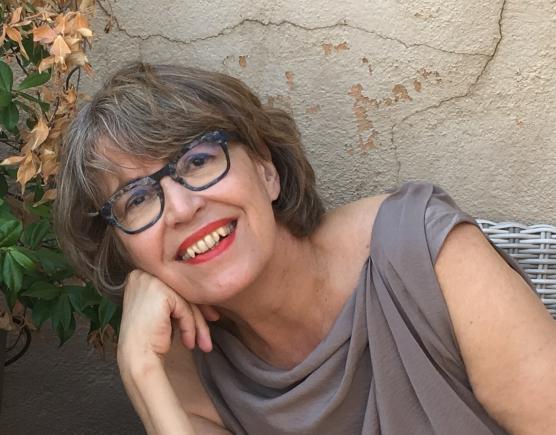 Laurie San Martin, professor and chair of the music department, has announced that Distinguished Professor of Music Anna Maria Busse Berger will retire in July 2020. Busse Berger joined the department in 1988.

Busse Berger’s areas of study include medieval and Renaissance history and theory as well as ethnomusicology. She has published articles and books on notation, mensuration and proportion signs, music and memory, mathematics and music, historiography, and music in African mission stations.

“Anna Maria Busse Berger gave the university and the music department enormous distinction and international visibility for several decades,” said colleague Pablo Ortiz, professor of music. “Her work is truly exceptional and groundbreaking, and her research continues to expand in new directions. We are happy because she will be able to devote all of her time to writing, but we will miss having her deep intellectual insight, boundless energy and over-all illuminating presence on campus.”

In 2019, Busse Berger was made an Honorary Member of the American Musicological Society. She, along with Professor Henry Spiller, received major funding from the Henry Luce Foundation to research a music history of Indonesia. Her book The Search for Medieval Music in Africa and Germany, 1891–1961: Scholars, Singers, Missionaries will be published by the University of Chicago Press in the fall.

Her book Medieval Music and the Art of Memory won the ASCAP Deems Taylor Award and the Wallace Berry Award from the Society of Music Theory for 2006. Her article “Spreading the Gospel of Singbewegung: An Ethnomusicologist Missionary in Tanganyika of the 1930s” won both the Colin Slim Award for best article by a senior scholar from the AMS and the Bruno Nettl Prize from the Society for Ethnomusicology in 2014. She co-edited (together with Jesse Rodin) the Cambridge History of Fifteenth-Century Music (2015). In 2015, Busse Berger gave the Faculty Research Lecture at UC Davis, the Academic Senate’s highest honor. In addition, she won the UC Davis Honors Teaching Award in 2019.

Winner of the Alfred Einstein Award from AMS for best article by a young scholar, she has had fellowships at the Harvard University Center for Italian Renaissance Studies, Villa I Tatti, Florence (twice); the Guggenheim Foundation, the National Endowment for the Humanities, the Stanford Humanities Center, the University of Vienna, and the Wissenschaftskolleg zu Berlin.

“She is a compassionate mentor, a rigorous researcher, an elegant writer, a distinguished teacher, and a wife, mother, and grandmother who cares deeply for her family,” said alumna Sarah Eyerly (M.F.A./Ph.D, musicology and criticism, ‘07), associate professor of musicology and Director of the Early Music Program, Florida State University. “Over the past 19 years, since I began my studies at UC Davis, Anna Maria has influenced my life and career in countless positive ways. I would not be the scholar, wife, and mother that I am today without her guidance and example.”