Amelia Triest, lecturer in the music department at the University of California at Davis, taught courses in music theory, keyboard harmony, and musicianship.

A native of San Francisco, Triest began her musical studies at an early age, pursuing both the piano and the violin before settling on voice as her primary instrument. She completed her undergraduate training in vocal performance at UCLA, where she specialized in early and twentieth-century music both in concert and operatic settings.

She has appeared with the American Bach Soloists, Philharmonia Baroque Orchestra, Theatre of Voices, the Mark Morris Dance Group, the San Francisco Contemporary Chamber Players, the Gold Country Chamber Orchestra, the UC Davis Symphony Orchestra and Chorus, the Sacramento Chamber Orchestra, and the Orchestra of All Hallows. Her singing career continues to include diverse styles of music, from early to modern, in works ranging from a rediscovered 17th-century Zapotec mass to world premieres of music by Arvo Pärt. She can be heard on the Harmonia Mundi, Avie, Bridge and Delos labels.

atriest[remove-this-and-replace-with-at]ucdavis.edu
Back
This item appears in: 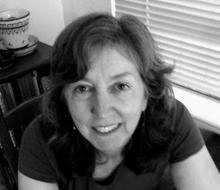