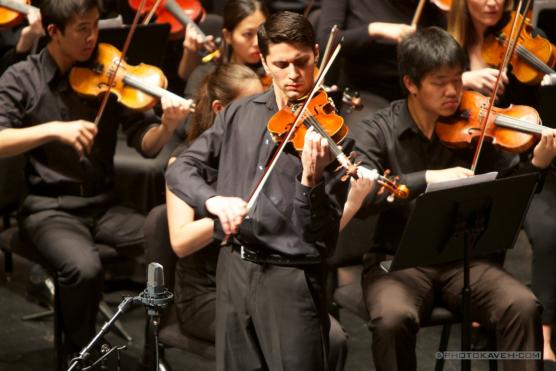 Shawyon Malek-Salehi  graduated from UC Davis in 2014 with a double major in music (violin performance) and pharmaceutical chemistry. He began studying the violin at the age of five and was concertmaster of the UC Davis Symphony Orchestra (UCDSO) from 2010 to 2013 and during their international tour to Spain in 2012. He won the UCDSO Concerto Competition in 2009, 2012, and 2013. At UC Davis, Malek studied with Dan Flanagan and also participated in masterclasses with Fritz Gearhart, Ida Kavafian, Rachel Barton Pine, David Halen, and Gil Shaham. In addition to solo performances, Malek participated in the Aldeburgh World Orchestra at the London 2012 Festival during the Olympic Games, performing at the BBC Proms, Amsterdam Concertgebouw, and other European venues. He has also performed at the Aldeburgh Music Festival with the Britten-Pears Orchestra and studied at the Castleman Quartet Program. He has also participated in the San Francisco Symphony Youth Orchestra, where he was principal second violinist and first violinist in the years 2008-2010. He is currently a substitute violinist with the Townsend Opera, Berkeley Symphony Orchestra, Modesto Symphony Orchestra, and the Sacramento Philharmonic.