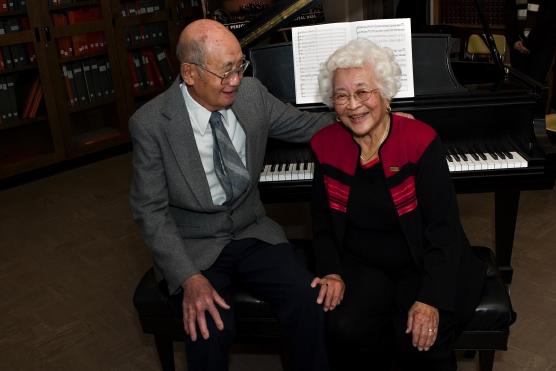 Grace and Grant Noda, long-time supporters of the UC Davis Department of Music and the original donors for creation of the Ann E. Pitzer Center, will be honored at a noon concert and reception May 25.

The long-time Davis residents made the initial $1.5 million donation that eventually led to construction of the Pitzer Center which houses a recital hall and music department facilities. The lobby of the center is named for them.

Grant Noda managed the UC Davis plant laboratory where he mentored student Walt Uwate. The concert features Walt Uwate’s daughter, the violist Kimberlee Uwate. In 2008 she earned a bachelor’s degree in music from UC Davis and went on to earn degrees from the Manhattan School of Music and the University of Illinois at Champaign-Urbana.