Slawson’s compositions include works for various chamber ensembles, chorus and orchestra. He is best known for his theories about an aspect of timbre called “sound color” and his compositions of computer music that apply those theories. His programming system, SYNTAL, is an adaptation of a computer speech synthesizer to music composition.He has published in the fields of computer music, psychoacoustics, and music theory. His book, Sound Color (University of California Press, 1985), won the first Outstanding Publication Award of the Society for Music Theory in 1986. He serves on the editorial boards of the Journal of Music Theory, Music Perception, and Music Theory Spectrum. Slawson earned his doctorate from Harvard University.

Visit Yank Gulch Music, for information on ordering its first publication, a paperback edition of Wayne Slawson’s Sound Color. Included with the new edition is a CD containing newly synthesized sound examples and a stereo version of Slawson’s piece Colors, which is discussed at some length in the book.

awslawson[remove-this-and-replace-with-at]ucdavis.edu
Back
This item appears in: 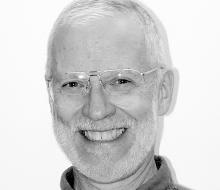