Conductor and baritone Caleb Lewis is lecturer of Music and Director of Choirs at UC Davis. He holds the Doctor of Music degree in choral conducting from Indiana University’s Jacobs School of Music, as well as degrees in choral music from Emory University in Atlanta and Furman University in Greenville, South Carolina.

Caleb has studied as a classical singer throughout his musical education, including a doctoral minor in voice. He enjoys singing early music, pop, gospel, Byzantine chant, as well as more traditional classical repertoire. Originally from Rome, GA, Caleb moved to California in 2017 to lead the choir at St. John the Baptist Russian Orthodox Church. He has worked as Assistant Conductor of the San Francisco Bach Choir and has sung as a regular soloist and chorister with the San Francisco Choral Artists. He is now a regular chorister with the American Bach Soloists.

Caleb enjoys reaching across cultural and linguistic barriers. He has frequently worked in Latin America as a music leader and Spanish interpreter and has served as choir director at Spanish-speaking churches in the United States.

Room 130, Music Building
cjlewis[remove-this-and-replace-with-at]ucdavis.edu
Back
This item appears in: 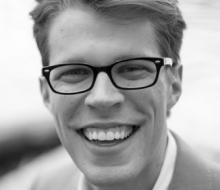