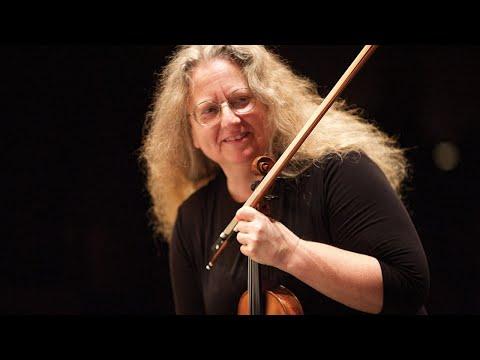 Bartók: Sonata No. 1 for Violin and Piano

Bartók’s two sonatas for violin and piano were written for and dedicated to Jelly D’Aranyi, the fiery Hungarian violinist of the early twentieth century who was the great niece of violinist Joseph Joachim. Written in 1921, his first sonata is a rarely heard masterpiece of epic proportions, recalling the exotic colors and compelling rhythms of Bartók’s ballet The Miraculous Mandarin.

Pianist John Chernoff has performed across the United States, including appearances at the Kennedy Center in Washington D.C., the Legion of Honor in San Francisco, and Symphony Space in New York City.  He has worked with a variety of renowned artists such as Libby Larsen, Chen Yi, Amit Peled, Ian Swensen, and Mark Sokol and currently serves as Staff Accompanist at Humboldt State University. John holds degrees from San Francisco Conservatory of Music and the Peabody Institute of Johns Hopkins University, and has served as a performer, accompanist and coach at the Heifetz International Music Institute and Sequoia Chamber Music Workshop.  Mr. Chernoff is also a frequent soloist and lecturer with the Eureka Symphony and regularly appears with concertmaster Terrie Baune and cellist/conductor Carol Jacobson for chamber music performances throughout Humboldt County.