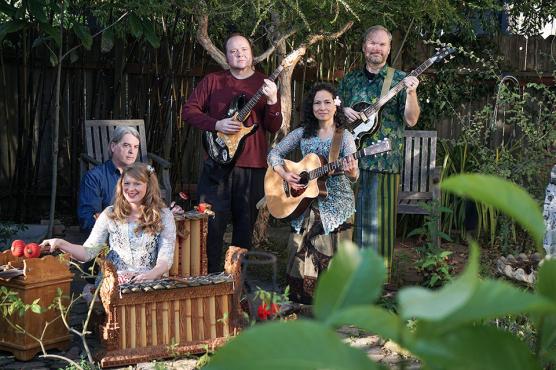 Bay Area Indonesian-Folk-Rock fusion group, Purnamasari grew out of the idea of supporting a new generation of artists from both sides of the world through music and dance. The concert takes place on the eve of the LUCE Foundation’s conference “Rethinking the History of Indonesian Music.”

Purnamasari grew out of the Indonesian American Cross Cultural Music Project, a collaboration between Lisa and gamelan player Paul Miller, and includes musicians Megan Hewitt, Patrick Liddell, Richard Phillips, Keenan Pepper, Nami Murata, and Julia Martin. The band performed at the San Francisco International Arts Festival 2021, and the concert was also sponsored in part by grants from the Sam Mazza Foundation and the National Endowment for the Arts, and marked the release of Purnamasari’s concept album titled Le Gong.