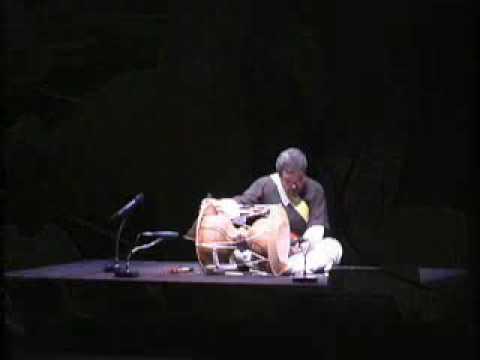 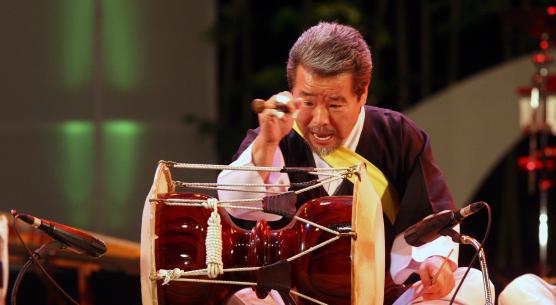 Legendary master drummer Kim Duk Soo and members of the SamulNori Hanullim percussion ensemble from South Korea will lead a special masterclass at UC Davis, as part of their 2014 U.S. tour. In 1978, Kim Duk Soo was one of the founding members of a quartet named SamulNori, that went on to inspire a new genre of percussion music (samulnori) and spark a renaissance in South Korea’s music scene. The quartet garnered worldwide acclaim and toured extensively in Europe, the United States, and Asia throughout the 1980s. In 1993, Kim Duk Soo formed the SamulNori Hanullim troupe, featuring a larger roster of musicians and dancers specializing in the samulnori genre. Kim Duk Soo has been recognized as one of the 50 most influential South Koreans of the 20th century, and Kim continues to teach, perform, and promote traditional Korean music around the world.

Katherine In-Young Lee, Professor of Musicology, invited Kim Duk Soo to lead the percussion workshop at UC Davis. The masterclass, sponsored by the UC Davis Department of Music, ended with an amazing performance by the troupe whose musicality and acrobatic skills were on display.  The article published on the Davis Humanities Institute website, ”A visit by Kim Duk Soo, master of Korean SamulNori” (March 31, 2014), offers more information on Kim Duk Soo and this musical genre.

Katherine In-Young Lee is an ethnomusicologist with research interests in East Asia, music and politics, transnational circulations, sound studies, and ethnography. She is intrigued by how analyses of sound can offer reappraisals of past events and contemporary cultural phenomena. In this vein, she has developed research projects that engage various types of “sonic evidence”—from the politicized drumming of dissent to the audible dimensions of a nation branding campaign.