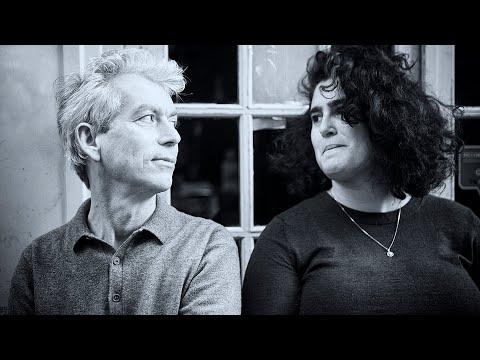 Music-making between two people is perhaps the purest form of chamber music. Jérôme Hantaï (viola da gamba) and Lillian Gordis (harpsichord) have been performing as a duo since 2018, inspired as much by the contrast between the vocality of the viol and the cutting crispness of the harpsichord as by the mix of rich and varied timbres of their instruments. Together, they seek a common sound that lies between the singing inertia of the bow and the percussive attack of the keyboard. This ensemble is a chance for these artists to play with new energy, and to explore the fresh synergy nourished by their respective identities as soloists.

Forming this duo was self-evident for Jérôme and Lillian, who have sought to avoid an increasingly widespread culture of sightreading and have devoted themselves to developing a long-term dialogue between soloists. Their common musical culture and human connection enable them to transcend their generational difference to create an exceptional musical discourse. Their repertoire centers around the French virtuosos of the viola da gamba (Marin Marais and François Couperin) and the sonatas for viola da gamba and obbligato harpsichord of Johann Sebastian Bach.

Hailed as “a Martha Argerich of the harpsichord” (ResMusica), Lillian Gordis is known across Europe and the United States for her innovative and audacious playing. She has been compared alongside Pierre Hantaï and Ivo Pogorelich (ConcertoNet.com, Hebdoscope) and praised for her “sculpting of time” (Magnétique/RTS), “impressive virtuosity” and “intensity of touch” (Diapason), and talent for leading listeners on an “expedition through unimagined worlds of color and expression” (Fono Forum).

Born in 1992 into a family of scholars and mathematicians in Berkeley, California, Lillian fell in love with the harpsichord at age nine and never looked back. Five years later, Pierre Hantaï discovered her during a tour of the United States, and, captivated by her touch, he encouraged her to move to France for further studies. She moved to Paris at sixteen, where she was mentored by him and Bertrand Cuiller.

Lillian is a four-time laureate of the Fondation Royaumont (2013, 2015-17) and is supported by the Fondation d’entreprise Safran. She performs regularly as a soloist in festivals across Europe and the United States and plays frequently with her duo partner Jérôme Hantaï.

Jérôme Hantaï studied the viola da gamba with Wieland Kuijken at the Brussels Conservatory, where he obtained a Premier Prix in 1984. During the same period, he became interested in early keyboard instruments such as the harpsichord, the clavichord and, above all, the fortepiano. He began performing frequently on both the viol and the fortepiano during his studies and collaborated with numerous pioneers of the early music movement, including Sigiswald Kuijken, René Jacobs, and Jean-Claude Malgoire.

He forms part of the Trio Hantaï with his brothers, Marc and Pierre, an ensemble that has gained international recognition. Since 2003, he has directed the viol consort Spes Nostra. In 2018 Jérôme formed a duo with harpsichordist Lillian Gordis. Frequently invited as a soloist, he has performed across Europe and the United States and tours often in Asia (China, India, Philippines, Taiwan, Cambodia).

He has also devoted himself to pedagogy and frequently gives masterclasses in addition to teaching at the CRR de Cergy-Pontoise and CRD de Bourg-la-Reine/Sceaux. His numerous recordings include Beethoven’s songs (Sophie Daneman, Paul Agnew, and Peter Harvey), trios by Haydn (Naïve), three volumes of pièces à une et plusieurs violes by Marin Marais (Virgin Veritas), consort music by John Jenkins (Fantazia, Naïve/Ambronay), and Consort Music from the Time of Shakespeare (Musicales Actes-Sud). His recordings have consistently received awards from the press.