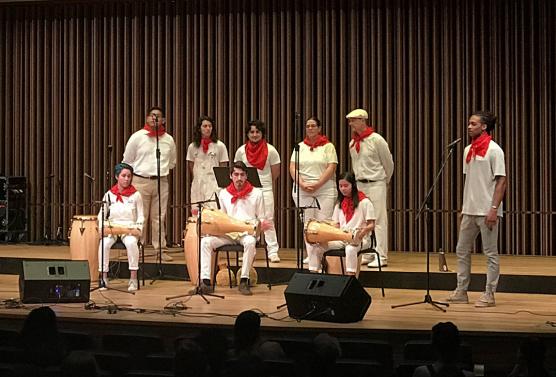 On the program are several Yoruba songs, which honor Orisha, a Yoruba god. Each Yoruba god reigns over some aspect of the human experience, and the songs celebrate them with a variety of rhythms, instruments, and words.

The final piece is a rumba guaguancó, which is the most popular style in the cycle of rumba, with the rumba yambu and rumba columbia. Rumba is a purely Cuban musical creation that developed in the shipyards of Matanzas, sung in Spanish, and is played in streets and in homes throughout Cuba.