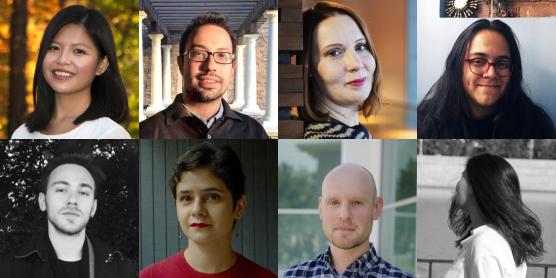 Taproot grew out of a composers workshop and performance festival started in 2010 and held every two years. The goal of the festival is to bring together a diverse group of composers to nurture musical and professional development and relationships.

Also performing as part of the festival, the UC Davis Symphony Orchestra will present new works by Christian Baldini, orchestra music director and conductor and professor of music, and Jean Ahn, who participated in a previous festival. The festival will also include a performance of Steve Reich’s Music for 18 Musicians with undergraduate students performing with members of the Quince and Empyrean ensembles.

Emre Eröz (b. 1995) started music by playing electric guitar at an early age. In high school, he developed an interest in diverse types of music, especially free jazz and rock. In 2015, he was accepted to the Theory and Composition program at Bilkent University Faculty of Music and Performing Arts for his bachelor’s degree and he still continues his composition studies with Onur Türkmen.

inti figgis-vizueta (b. 1993) is a Brooklyn-based composer whose music focuses on combinations of various notational schemata, disparate and overlaid sonic plans, and collaborative unlearning of dominant vernaculars.

Eren Gümrükçüoglu (b. 1982) is a Turkish composer currently based in Durham, NC, where he is a PhD candidate in music composition at Duke University. Eren’s music dwells on the borders between styles. As a concert music composer with a strong jazz background, he refrains from creating a crass amalgam of genres but rather incorporates the idiosyncrasies, contours, shapes, rhythms and pacings of different styles into his music.

Composer and sound artist Maija Hynninen is working in the areas of concert music, electronic instrument design, and multidisciplinary performances. The essence of her music builds on the unique moments where the parameters of this world are slightly altered to allow a glimpse of another reality to be present. It can be a moment where the timbre of purely acoustical writing gives surprising results or when electronics project sounds into another domain, another space and reality.

Born and raised in Tehran, Iran, Aida Shirazi’s music is described as “well-made” and “affecting” by The New Yorker. She holds her B.A. in classical piano from Tehran University of Art (Iran), and her B.M. in music composition and theory from Bilkent University (Turkey). She studied santoor (traditional Iranian dulcimer) with Parissa Khosravi Samani.