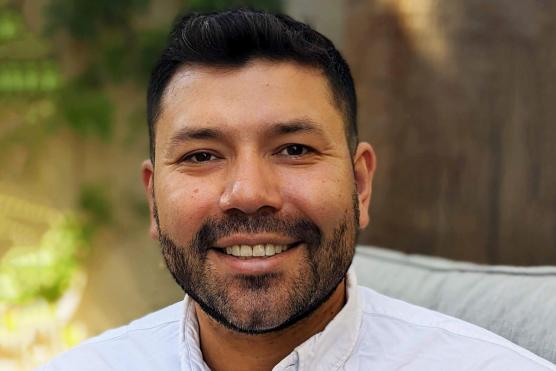 Cesar Favila (B.A. music, ‘06), an assistant professor of musicology at the UCLA Herb Alpert School of Music, and Paul Feller, a doctoral musicology student at Northwestern University, have won the 2022 Noah Greenberg Award from the American Musicological Society.

The award is for a project titled “Convent Music from New Spain” and is intended as a grant-in-aid to stimulate active cooperation between scholars and performers by recognizing and fostering outstanding contributions to historical performing practices. Feller’s research interests include early-modern music in the Spanish colonies, musical depictions of Otherness, and intersections of music with natural philosophy.

Favila—now assistant professor of musicology at UCLA’s Herb Alpert School of Music—presently researches the convents of pre-independence Mexico as cultural sites where literature, visual, and musical arts worked together “to create an atmosphere of devotion so foreign to us now-a-days that it continues to cause wonder.” His book, Immaculate Sounds: The Musical Lives of Nuns in New Spain, is under contract with Oxford University Press’s Currents in Latin American and Iberian Music Series. It will be the first book on women’s contributions to music making in colonial Latin America.