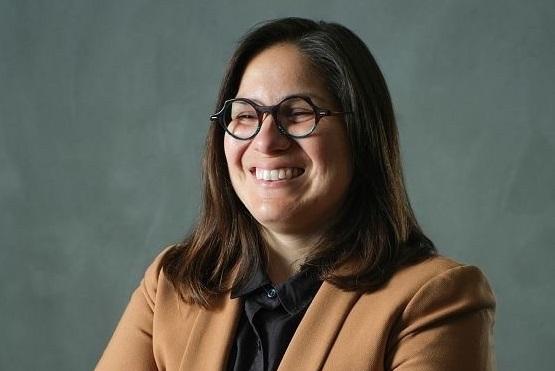 Alumna Angelica Cortez (B.A., music, ‘12) has been named Interim President and CEO of El Sistema USA. El Sistema started in Venezuela as a hope for all young people to have access to music education. Its leader and the community El Sistema created was so bold and captivating it inspired musicians, artists, and activists around the world to create programs committed to exploring the intersection of music and justice.

“I’m so thankful to the board of directors, who have trusted me to support the organization through this transition,” said Cortez.

A former member of the UC Davis Symphony Orchestra, Cortez (she/her) is a youth collaborator and arts administrator. As a Chicana and member of the LGBTQ+ community, she focuses her work on the intersection of music, equity, and youth development. In her previous role with the Los Angeles Philharmonic, she oversaw YOLA National programs, which connect young musicians, artists, educators, and advocates committed to making music education more equitable. During her time in this position, she supported the launch and conception of YOLA National programs, which include a festival, symposium, career development programming, and a series of digital content. Angelica has degrees in trumpet performance and teaching from UC Davis, Longy School of Music, and Bard College.

El Sistema USA’s diverse membership across the United States represents programs that serve some of the most vulnerable communities and children throughout the country. They aim to provide connections to knowledge and innovation, advocacy, and leadership development for program directors, teaching artists, students, and volunteers. Members collaborate to share resources, values, aspirations, and advocacy efforts. ESUSA serves three major purposes: strengthening existing nucléos through capacity development and research, encouraging the formation of new nucléos through providing resources, connections and training, and building awareness of El Sistema at large throughout the United States.