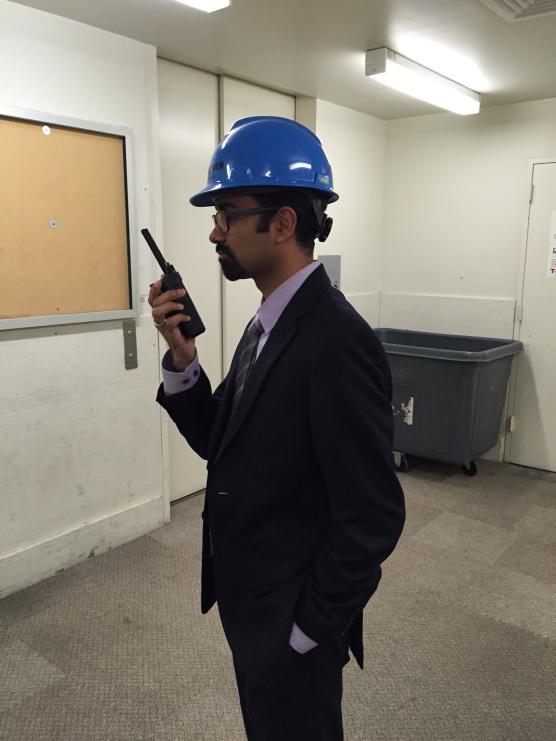 Hari (“Indi”) Savitala graduated in 2003 from UC Davis with a Bachelor of Arts in Music, focusing on percussion performance. After hearing a lecture on acoustics and seeking advice from the music faculty, he studied acoustics at Rensselaer Polytechnic Institute (RPI) and graduated in 2006 with a Master of Sciences degree in Architectural Sciences with a concentration in Acoustics. His master’s thesis topic was inspired by his UCD Symphony Orchestra performances in the Mondavi Center and focused on the field of musical acoustics and psychoacoustics; involving subjective testing of percussive sounds and their effects on the echo threshold.

Since graduating from RPI, he has been employed by firms that specialize in architectural acoustics, with work focused on architectural noise control, room acoustics, 3-dimensional room modeling, and HVAC system design. He did a brief stint at the City College of New York to study mechanical engineering, and he has stayed connected to the percussion community through involvement with the New York City chapter of the Percussive Arts Society and collaborations with NYU. He is honored to have been part of the acoustical design team that advised the UCD Music Department for the new Anne E. Pitzer Center, and he is currently a Senior Associate with Cerami & Associates in New York, where he draws on his experiences for the design of studios, theatres, schools, and skyscrapers.

In New York, Savitala happily creates abundance with his wife Pallavi and his puppy Addie. On a given day he can be found at One World Trade Center advising clients on tenant fit-out projects, riding a construction hoist overlooking the West Side Highway, or critically listening to a performance space for echoes.