“Mediology and Sound Recording: Toward a Historiography of the Technical Object” Room 266, Everson Hall 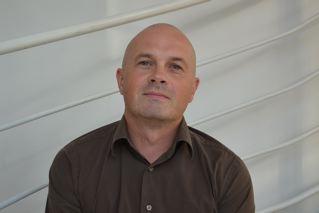 The second half of the twentieth century witnessed a pivotal shift from the industrial production of sound recording tools to the rise of new audio digital devices. This period therefore offers a wealth of opportunities for studying how technical inventions cause radical changes in creative practice. In this talk, I propose to reappraise several key moments and topics in the historiography of electroacoustic music from the new perspective through concepts developed in the field of mediology. According to Régis Debray, mediology can be defined as the study of the material mediations through the evolution of communication systems and the technologically transmitted interventions.

I use three core concepts of mediology to reconsider key moments and topics in the historiography of electroacoustic music. First, I apply Gilbert Simondon’s “process of concretization,” in which technology always moves towards its essence, to the divergent uses of tape recorder technology by composers, sound engineers, and sound designers. From Pierre Schaeffer’s closed grove and its corollaries, sprang reductive listening, a new form of music, and a new archetype for composing with loops, and later, samples. I suggest this brings to light a predetermined creative process that reduces the composer’s freedom. Second, I consider how “electronic writings” as theorized by Julien Auroux and Fabien Lévy grammatize streaming sound in the mixing and editing techniques native to the operation of the electroacoustic studio. This leads to a new way to listen to our daily acoustic environment. Finally, I warn that deterministic views should be qualified with more refined analyses of the specific and distinctly local constraints of historically situated tools. As an example, I consider the status of analog recording as a technology which continues to develop, the initial consequences of which only became apparent in the 1980s.