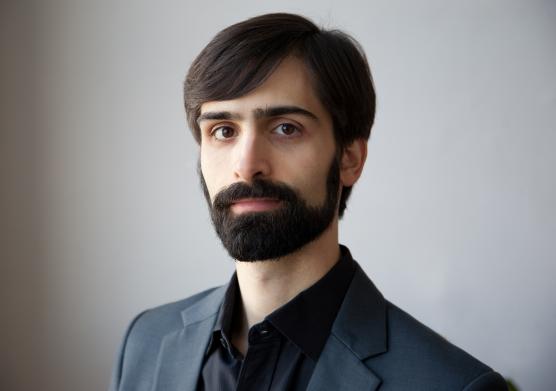 Note: there is not a pre-concert talk.

This trio examines the nature of emotional anguish, particularly in a  sense of loss and abandonment.

The initial concept for Speed Run comes from a niche community dedicated to completing video games as fast as possible, a recording or play- through of which is known as a “speed run ” Speed runs are mainly attempted for the purposes of entertainment and competition Running a game requires technical mastery, lots of practice to reach that level of mastery, planning and execution, stretching boundaries of what is possible/practical, and extending interest through new objectives A great run meets these goals while displaying creativity, variability, surprising outcomes, and a very high level of handling awkward situations ef ciently. These qualities are desirable in many other areas, including the creation of art In some ways, speed runs do approximate a sort of art form—they can be balletic in some cases, showing beautiful movement and coordination Some require a degree of improvisation when strategies do not go as planned And some particularly broken games—that is, games whose speed runs utilize so many glitches and sequence breaks that very little of the original, developer-intended gameplay remains—are weirdly wonderful to watch There is a further subcategory of speed runs known as “playarounds,” which make some speed sacri ces in order to increase the entertainment value. In writing this piece, I’ve sought to embody the aesthetic of such runs, subverting local goals and curbing climaxes while messing about and eventually reaching the intended ending, but not without some weird detours.

In Ambivalent Spirals, I experiment with several developing approaches on a rigid, accelerating rhythmic pattern. This discernible pattern is developed through different timbres, registers and texture, spinning and digressing throughout the piece It symbolizes our intention and choice, especially referring to each decision we made at a turning point. Sometimes we tend to regret what we did in the past and wish to get a second chance to make a difference. However, it is not possible due to the limitation of recent technology. Furthermore, nobody can ensure the second chance work, since it would lead to another unknown future—a future in the “parallel universes,” possibly contradicting to the instant we live and the consecutive moment. The sections of this piece can be perceived as these parallel universes. They do share some traits in common (e.g., the discernible rhythmic pattern) at the beginning; however, the slight, implied differences will grow into huge contradictions in the long run.

The ideas of resonance, disintegration, echo, and sounds interacting with each other are the main inspiration for Mists and Sparks. Sounds emerge in and out like puffs of smoke, increasing and decreasing in activity and density In their wake they leave resonant mists of harmony and noise.

This event has been archived and may contain content that is out of date.
Event
February 21, 2016 - 7:00 pm - 9:00 pm Yu-Hsin Chang Jonathan Favero
Mondavi Center for the Performing Arts, Davis, CA
View map
Faculty Profile

Composer and Chinese flutist Yu-Hsin Chang is an adjunct assistant professor at the Taiwan National University of the Arts, Taiwan.  She received her Ph.D. in Composition from UC Davis. She received her previous degrees (MFA, BFA) from Taiwan. Her works include solo, chamber, and orchestral pieces for both Western and Chinese music instruments, and have been performed by soprano Tony Arnold, the Empyrean Ensemble, the Daedalus Quartet, the Nouvel Ensemble Moderne, the Chai Found Music Workshop, and the Little Giant Chinese Chamber Orchestra.

Jonathan Favero is a doctoral candidate in Music Composition and Theory at the University of California, Davis, and a former Mellon Public Scholars Fellow. His research interests include music in U.S. social movements, morality in music, and arts education in the U.S. criminal and juvenile justice systems.