Ross Bauer’s music has been performed and recorded by the Radio Orchestras of Hilversum and Slovakia, the Alexander and Arianna Quartets, Speculum Musicae, the New York New Music Ensemble, Sequitur, the San Francisco Contemporary Music Players, sopranos Susan Narucki and Christine Schadeberg, violinist Curt Macomber, Paul Hillier, and others. Guest composer at the Wellesley Composers Conference in the summer of 2001, he is also the founder and former director of the Empyrean Ensemble, a professional new music group in residence at the University of California, Davis. His work is published primarily by C.F. Peters, New York, and recorded on the GM, Centaur, New World, and Albany labels.

Recognition has come from the American Academy of Arts and Letters in the form of a 2005 Academy Award in Music and the Walter Hinrichsen Award. Other honors include a Guggenheim Fellowship, two Fromm Foundation commissions, Barlow and Koussevitzky commissions, an NEA Composition Fellowship, and residences at the MacDowell Colony. He taught composition and theory at the University of California, Davis and has also taught at Stanford and Brandeis Universities. He attended New England Conservatory and Brandeis, studying composition with John Heiss, Martin Boykan, Arthur Berger, and Luciano Berio (at Tanglewood).

“In his excellent program notes, Andrew Waggoner asks the key question for a composer who writes a concerto: “what to do with the soloist?” This is a CD that showcases three contemporary American composers who are also members of the chamber orchestra Sequitur. 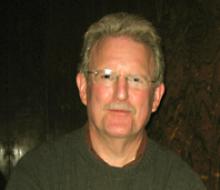