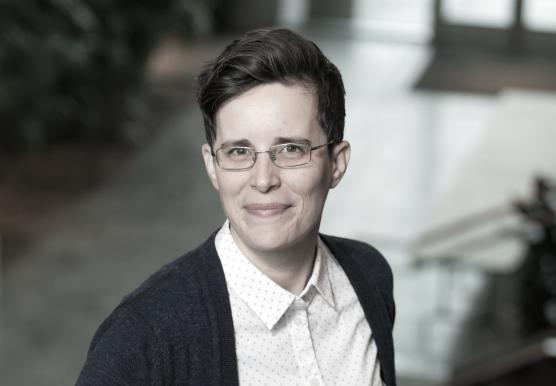 Inés Thiebaut was born and raised in Madrid, Spain. She is currently an Assistant Professor of Music at Cal State, East Bay. She holds a PhD from the CUNY Graduate Center (New York). Her research interests primarily engage with the music of the twentieth century. Her music is rooted in postmodern tradition and influenced by perceptual art and complexity. Before her move to the East Bay, Inés held a three-year visiting assistant professor position at the University of Utah.

Her recent works for the concert hall include a commission from flutist Julián Elvira, a piece for prónomo flute and electronics, a chamber piece for The Cadillac Moon Ensemble, commissioned by Julie Harting and Elizabeth Adams as part of their Anti-Capitalist Concert Series in New York, and a piano chamber concerto for the Nova Chamber Music Series (with pianist Jason Hardink as soloist), which premiered in the spring of 2017.

Inés’s compositional interests also lie beyond the concert hall, as she is always eager to collaborate with other art forms. She has composed music for two productions of the Traverse City-based theater company Parallel45, as well as several short films and dance pieces in Spain, Portugal, and the United States.