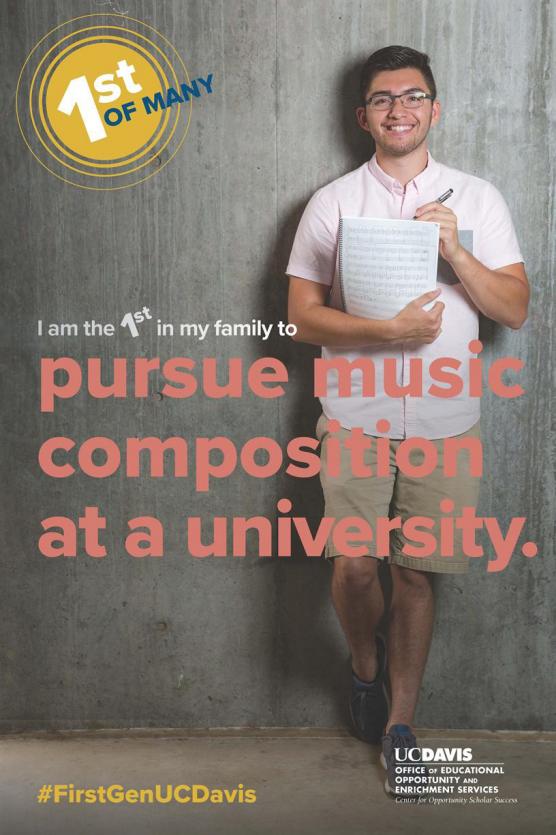 UC Davis alum, Kristin Kirk, an undergraduate music composition major who graduated with Honors in 2017, is featured in an ad for the university’s Office of Educational Opportunity and Enrichment Services’ #FirstGenUCDavis campaign. The program spotlights students and alumni who are the first in their families to graduate from college.

Kirk is currently in his final year as a Masters of Music student at the SUNY Purchase Conservatory of Music, where he is a composition student of Gregory Spears. While at UC Davis, Kristin excelled at an exceptional rate with his studies investigating and solidifying his foundation in music. He has diverse musical interests, ranging from sound installations to game music to music for the stage and film. While at SUNY Purchase, Kristin’s craft has broadened considerably and his creative life has taken flight. He is just one example of an Undergraduate Music Major at UC Davis who has gone onto flourish in an important graduate music program.