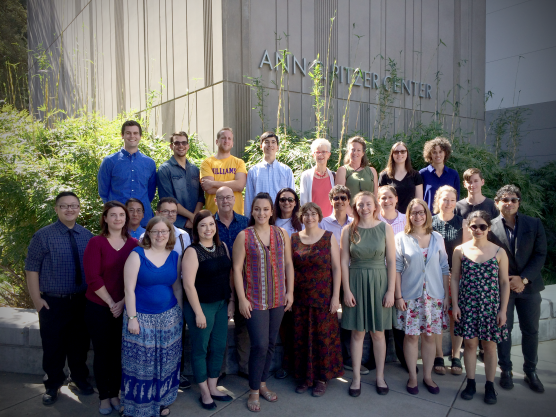 The UC Davis Department of Music’s graduate composers have collectively had a fruitful year. Here is a list of their accomplishments.

September 2018
-Performance of Wanderlust featured at the Society of Composers, Inc. Graduate Composer’s Conference at the Indiana University Jacobs School of Music

October 2018
-Premiere of Zephyr for Haegeum and Viola by Soo-yeon Lyuh and Ellen Ruth Rose at the Ann E. Pitzer Center

March 2019
-Performance of Fractal Tracing by the Arditti String Quartet at the Robb Composer’s Symposium/Society of Composers, Inc. National Composer’s Conference at the University of New Mexico

-April 2018, National Sawdust: NYC premiere of “Albumblatt” for solo piano by Ava Nazar in the framework of the launch concert of the Iranian Female Composers Association

-May 2018, Boston Conservatory: NYC premiere of “Albumblatt” for solo piano by Jacob Greenberg in the framework of New Music Gathering 2018

-Aug. 2018: Commissioned by Access Contemporary Music to write a piece for Doors Open Milwaukee.  The piece, Music for the Pritzlaff Building, performed in Milwaukee in Sept. 2018.