Maggie Morgan is a costume designer for stage and screen. Her recent work includes a Broadway musical, feature and short films, and several productions at California theaters.

Her design work was featured in CURTAIN CALL: Celebrating a Century of Women Designing for Live Performance, an exhibition at the New York Public Library for the Performing Arts, Lincoln Center, co-curated by Carrie Robbins and Barbara Cohen-Stratyner. November 2008–May 2009.

Designs for Film and Digital Media

The award-winning web series “Send Me” which streamed on Bet.com.  Film designs include “Car Dogs (2017),” “Intelligence,” “Alex in Wonder,” “Breathing Hard,” “Spiral,” “Mad Boy I’ll Blow your Blues Away.” “Be Mine” and “Living in Walter’s World.” Ms. Morgan has worked as an assistant costume designer on many feature films including: “Men in Black,” ”A Bronx Tale,” “Casino,” “Apollo 13,” “Murder by Numbers,” ”The Fan,” “Batman and Robin,” “My Giant,” “How the Grinch Stole Christmas,” and “Mona Lisa Smile.”

Ms. Morgan is a member of United Scenic Artists, local 829 and the Costume Designers Guild, local 892. She holds an M.F.A. in Design from the Yale School of Drama and a B.A. in Dramatic Art from UC Davis. Professor Morgan joined the UC Davis Theatre and Dance Department faculty in 2003.

Members across the Department of Theatre and Dance have created and contributed to the urgent need of face masks during this pandemic. They have taken out their sewing machines and searched through their homes for materials in order to make masks.

The Art of Costume Design DRA/CTS 116: Design on Screen

Would you go back in time to the days of slavery?

That’s the question at the heart of Send Me, a provocative new web series debuting as part of BET Networks’ Digital Black History Month celebration. 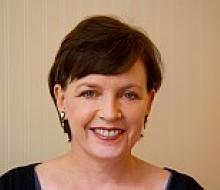