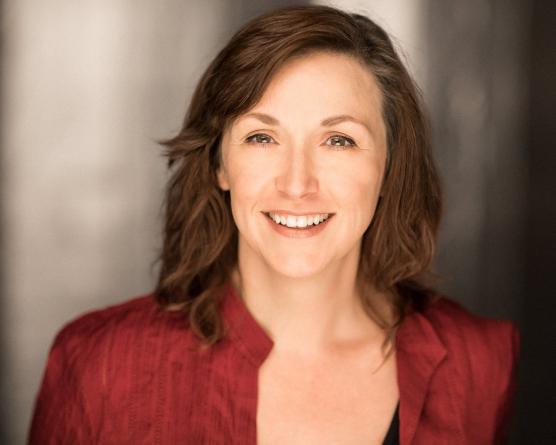 Jennifer Grace received her BA from Kansas State University in 1997. She has been working as a professional actor since, most notably in a record-shattering run as Emily Webb in Tony award-winning director David Cromer’s critically acclaimed production of OUR TOWN, which she performed in Chicago, New York and Los Angeles, opposite actors such as Michael Shannon, Helen Hunt and Michael McKean, and for which she was recognized with a Theatre World Award for Outstanding Off-Broadway debut. Other New York theatre credits include: NIKOLAI AND THE OTHERS (Lincoln Center Theatre, world premiere, with Blair Brown, Michael Cerveris, John Glover and Kathryn Erbe) and THE 4TH GRADERS PRESENT AN UNNAMED LOVE SUICIDE (59E59).  Selected regional credits:  CAT ON A HOT TIN ROOF, TIME & THE CONWAYS, 4.48 PSYCHOSIS, BALM IN GILEAD, ARCADIA, JACK OR THE SUBMISSION, THE SEA GULL, MARAT/SADE, BLOOD WEDDING, and ANGELS IN AMERICA.  Film:  I SEE YOU (w/Helen Hunt), THE CASSEROLE CLUB (w/ Susan Traylor, Jane Wiedlin), KELLY & CAL (with Juliette Lewis) Television:  ”Inside Amy Schumer,” “VEEP,” “Billions,” “Chicago P.D.,” and “The Red Line.” She is also an audiobook narrator, VO artist, and a writer. Proud member of SAG-AFTRA and Actor’s Equity.

Graduate student Jennifer Grace is among the actors, who have played the iconic role of Emily Webb in Thornton Wilder’s “Our Town,” interviewed in a New York Times article.

Members across the Department of Theatre and Dance have created and contributed to the urgent need of face masks during this pandemic. They have taken out their sewing machines and searched through their homes for materials in order to make masks.