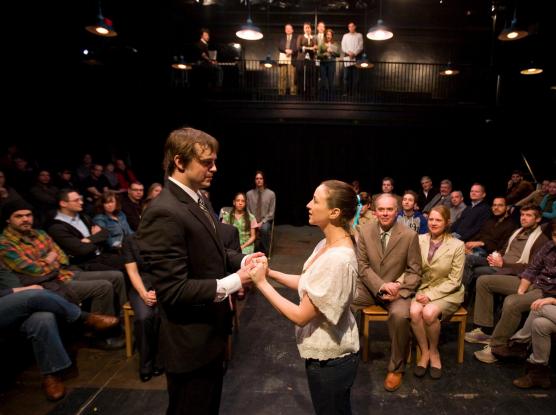 Graduate student Jennifer Grace is among the actors, who have played the iconic role of Emily Webb in Thornton Wilder’s “Our Town,” interviewed in a New York Times article. Grace portrayed the role in the acclaimed Off-Broadway production in 2009.

“I was engaged when we started the show,” said Grace in the article. “It was three months after I got married that I got the call to go to New York. My new husband stayed behind in Chicago. So it was this strange thing of leaving to go to New York, a newlywed, alone, to do this play about this girl who doesn’t leave.”

Visit The New York Times to read the complete article.

Jennifer Grace received her BA from Kansas State University in 1997. She has been working as a professional actor since, most notably in a record-shattering run as Emily Webb in Tony award-winning director David Cromer’s critically acclaimed production of OUR TOWN, which she performed in Chicago, New York and Los Angeles, opposite actors such as Michael Shannon, Helen Hunt and Michael McKean, and for which she was recognized with a Theatre World Award for Outstanding Off-Broadway debut.