Thomas J. Munn, an internationally recognized Lighting Designer, has designed for theatre, opera, ballet, television, videos, and industrials. A graduate of Boston University School of Fine and Applied Arts in Design, he made his Broadway debut in 1974 designing scenery for Brightowerby Dore Schary.

In New York, as a member of USA 829, he was an active Scenic Artist as well as a Scenic and Lighting Designer. He served as Lighting Director/Designer for San Francisco Opera from 1976 through 2000, creating designs and special effects for over 190 productions. These include the Emmy-nominated, televised world premiere of A Streetcar Named Desire (Projection Design and Lighting) and Professor Munn’s Emmy Award-winning work on La Gioconda. 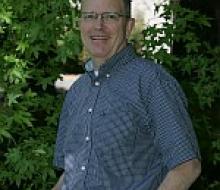