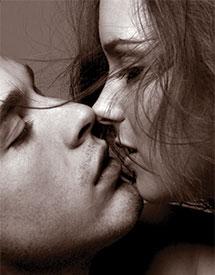 Spring Awakening, the rock musical and winner of eight Tony Awards, is a provocative exploration of the journey from adolescence to adulthood. This bold and poignant story follows a group of teenage friends as they cope with the agonies and ecstasies of discovering their sexuality. The characters struggle to figure out who they are while dealing with difficult issues including abortion, homosexuality, rape, child abuse and suicide. Set in late-19th century Germany, the angst, emotion, desire and romance still ring true today.

There will be talk-backs with the director and other company members directly after the performance on opening night, Thursday November 21, and again on Thursday, December 5.

Behind the Scenes Spring Awakening Video by Anna Oh

Fall 2013 UC Davis Granada Artist-in-Residence Stafford Arima was nominated for an Olivier Award for his direction of the West End premiere of Ragtime.

Maggie Morgan is a costume designer for stage and screen. Her recent work includes a Broadway musical, feature and short films, and several productions at California theaters.