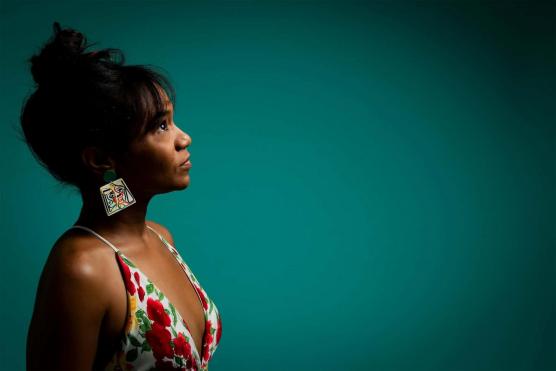 Singer, flutist and composer Magela Herrera brings her quartet to campus for a Thursday Shinkoskey Noon Concert of her music and a concert of new pieces by doctoral music composition students (Friday). A native of Cuba, Herrera grew up immersed in her family’s deep ties to Afro Cuban music and also studied classical music at the Conservatory of Music in Havana. She earned degrees in jazz performance from the Norwegian Academy of Music. Herrera is known for bringing those influences together.