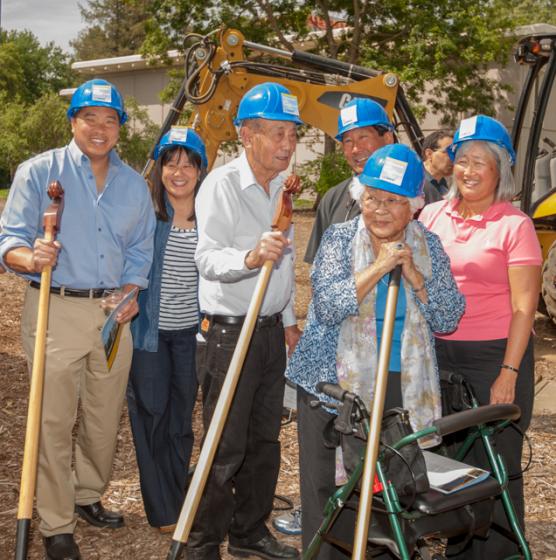 Local philanthropist and lover of music Grace Noda (née Imamoto) died on Wednesday, March 14, 2018, surrounded by family and music. She was 98 years old. She leaves behind a legacy of kindness to others.

A Friend to UC Davis

Grace became known to the greater arts community of Davis when she helped produce costumes for the Davis Costume Guild. She worked often with costume designer Barbara K. Jackson, another well-known champion of the performing arts in Davis and Sacramento. When the Robert & Margrit Mondavi Center for the Performing Arts opened in 2002—and it became clear a volunteer workforce was necessary to usher, provide tours, run the gift shop, and engage with the community—the Friends of the Mondavi Center support organization was founded. Grace stepped in, and she and her husband, Grant Noda, attended as many performances as possible, taking particular interest in the classical music programs.

When the undergraduate music program at UC Davis began a period of rapid growth after the Mondavi Center opened in 2002, it was easy to see the program needed support to grow properly, and Grace and Grant helped by donating a concert marimba, an instrument for percussionists comparable in scope and cost to a concert grand piano. The instrument, built by the Marimba One Company, was inaugurated by students and their teacher, UC Davis Lecturer Chris Froh, in January of 2010.

When the efforts to begin making a proper recital hall venue for UC Davis, Grace and Grant, along with daughters Tanya Yan and Kathy Miura, made a $1.5 million-dollar gift, which at the time was the largest gift that had been made to the project and the music department. The lobby at the Ann E. Pitzer Center was named for them and was their capstone gift in a lifetime of giving, which included more than $100,000 in support of the arts, ethics, the sciences, and more.

A Life Filled With Music

Music served as a kind of refuge to Grace in difficult times because it was always a key element of her happiness. She played both cello and piano in her youth. Although her sister Alice quickly surpassed Grace’s own talents—at one point even correcting Grace’s wrong note from another room without looking at any sheet music!—Grace would continue teaching music and songs to others.

It was a necessity because Grace and her three sisters (Lily, Marion, and Alice) were forced from their home in early 1942, and separated from their parents as all people of Japanese ancestry were ordered by President Roosevelt to be removed from society and put in what were called relocation camps. Unfortunately, UC Berkeley, where Grace was already attending college, un-enrolled her 3 credits shy of her college degree. She would, many years later, complete that degree.

The principal of the high school where Grace’s sister Alice was attending knew how important music was to the family, and held on to the family’s piano, two violins, and cello during the war. The Imamotos’ house was lost, but their musical instruments were safely stored until brighter days.

Because the FBI held their mother and father, Grace became the caretaker of her other sisters. The conditions were deplorable. Grace took care of her siblings at the temporary camp at the Santa Anita Raceway, staying in a horse stable. The girls slept on mattresses stuffed with hay and used a bread toaster for warmth. After they were reunited with their mother they were then transferred to a camp in Jerome, Arkansas. Although living in the barracks in Arkansas was better than the horse stables of California, the family still had to petition to have their father reunited with the family.

All throughout, Grace would teach music—including traditional songs such as “I’ve been working on the Railroad” and patriotic songs, including the “Star-Spangled Banner”—to other members of the camp. Alice would play piano for church services and other functions. Grace’s generosity throughout her life took many forms. Going to a university was one of the only permissible reasons to leave an internment camp and Oberlin was one of the few universities to accept Japanese students. In 1943, Grace escorted and supported her sister, Alice, at Oberlin’s Conservatory of Music. Alice studied piano performance there and went on to lead a professional career of piano playing. In September, 2016, Alice played for Grace and others at the dedication ceremony of the Ann E. Pitzer Center, along with UC Davis faculty members.

In 1955, Grace met and married her husband, Grant Noda, in Berkeley, California. He was working as a research scientist at UC Berkeley and she was teaching elementary school in nearby Richmond. The couple moved to Davis in 1958, when Grant accepted a position with the UC Davis Department of Botany (now called Plant Sciences). Grant managed the department’s laboratory by day and studied real estate at night.

Grace, while raising two daughters, continued to better other people’s lives. She volunteered for many community organizations and was active in promoting peace. She joined in marching against the Vietnam War and, in the 1990s, was arrested at a Nevada testing site for protesting the development of nuclear weapons.

Even in her 80s, Grace remained engaged. Leading up to its opening in 2010, Grace helped push the Davis Joint Unified School district to name its newest elementary school after Fred Korematsu, an icon of the Japanese internment years. His refusal to move to a relocation camp ended up as an important case before the Supreme Court in 1944. The Court’s decision to uphold the detention of Korematsu and the Japanese people, partly based on withheld evidence, was explored in a 2001 documentary titled Of Civil Wrongs and Rights: The Fred Korematsu Story.

Grace spent a lifetime promoting peace over conflict, often using music as a setting in which friends could be made. A world of happiness can be made through music, and she taught that to others. She is survived by Grant, her husband of more than 63 years, her three sisters, daughters Tanya and Kathy, three grandchildren, and a community of loving concert-goers and forever-grateful music students.