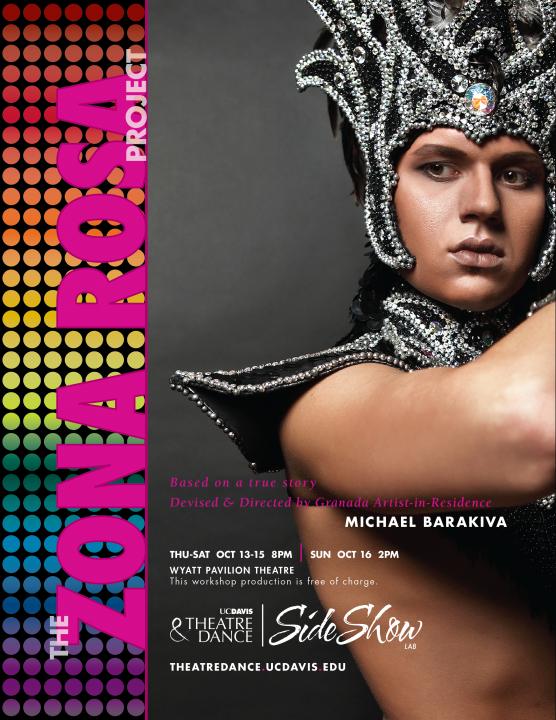 Based on a true story, The Zona Rosa Project explores Mexico’s developing attitude to H.I.V.-positive individuals as well as the remarkable evolution of gay rights in the deeply Catholic country. The project’s launching point is the life of Dr. Francisco Estrada Valle (1957-1992) whose murder has never been solved.

Dr. Francisco Estrada Valle (1956-1992) grew up with 10 brothers and sisters in a small mining town in Mexico called Zacqualpan. He received his training as a medical doctor at The University of Guanajuato.

In 1990 Dr. Francisco Estrada Valle founded Ayuda Voluntaria Educativa de Mexico (AVE), a non-governmental organization that promotes the education of doctors, nurses and other medical professionals on the subjects of AIDS, discrimination, and homophobia. AVE’s objective is to improve information, comprehension, and attitudes towards sex without stigma to promote self-respect in conduct and tolerance towards people who have contracted HIV. It also operates a health line and a free clinic. Estrada Valle became one of Mexico’s first AIDS activists and challenged both the government and the press. His program on Human Sexuality and HIV/AIDS was named in his honor after he was found murdered in a homophobic hate crime that has never been solved. AVE has now held this course for 20 years with more than 1,000 graduates. It was awarded the honor of “Best Practice” by the AIDS National Program of Mexico in 2002 and is now partly government funded. After Estrada Valle’s death his mother Alicia became one of the foremost advocates against discrimination and homophobia in Mexico.

A talk-back with the director, dramaturges Professor Jon D. Rossini and Christina Novakov-Ritchey, and Ph.D. Resource Carolina Novella Centellas will be held after the performance on Saturday, October 15.  Please check back for possible additional talk-backs to be posted on this page.

This production is rated PG-13. It contains frank discussions of homosexuality including intricacies of the sexual act.

Michael Barakiva is an Armenian/Israeli director based in New York City.