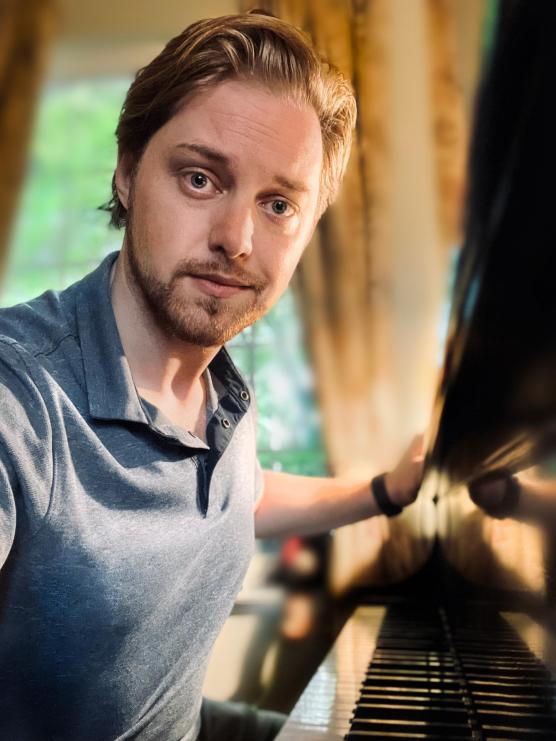 As composer, Wooden works with Coyote Joe Stevens as a songwriting duo and composing team for musical theater, film, and television. Their musicals Albert Cashier, Hills on Fire, and Paper or Plastic have performed across the country, and have been hailed as “musical genius at work.” In 2018 they won the Chicago Jeff Award for Best New Musical, and are currently developing Albert Cashier with Broadway producer Christine Russell (Head over Heels, Beautiful: The Carol King Musical). Hills on Fire received a residency with Tony Award-winning producer John Pinckard. Wooden also frequently collaborates in musicals with Grayson Selby, including the upcoming digital musical experience Connections with Jack C Newell, Program Director for the Harold Ramis Film School.

As producer in theater and film, he helmed Irvine Welsh’s adaptation of his hit film/novel, Trainspotting USA, Chicago remount of the Off-Broadway hit 5 Lesbians Eating a Quiche, and the world premiere of Kristiana Rae Colon’s Good Friday. He also produced the Prism Award- winning autism film NightLights (Lifetime), the social justice film The Killing of Kenneth Chamberlain, which won the Top Jury and Audience Award at the Austin Film Festival, and the upcoming feature film Rounding by SXSW winner Alex Thompson.

In film and television, Wooden is co-creator of the upcoming scifi adventure series produced by the team of the Academy Award-winning film Crazy Heart; writer/director award-winning new media short Shooting Star starring Dani Shay from America’s Got Talent; finalist for the Script Pipeline contest for the feature Light Up the Stage, winner of the AFM Pitch Conference, and finalist for the London Film Awards and the NexTV Pilot competition. His documentary Vibrations was nominated for a Regional Emmy.

A Rhodes nominee, Wooden studied Modern Literature and Critical Theory with the SCIO program at the University of Oxford England, and is a graduate of Ball State University. He has presented research on the entertainment industry and the humanities at the University of Oxford England, IFP Chicago, Kingston University, Wheatstone Academy, and the Screen Actors Guild. He also is a guest moderator and creative feedback consultant/instructor for the Screen Actors Guild in Chicago, IFP Chicago, Gotham Magazine, and Script Pipeline.