Tom finds motivation for his research in fatherhood, play, fun, theatre, and games.  His curiosity runs deep when it comes to understanding the phenomena associated with joy, enthusiasm, inspiration, and flow.

He founded the Los Angeles Theatre Ensemble in 2004, where he served as Artistic Director for over a decade. Tom also presided over the historic Powerhouse Theatre as Managing Director during the Ensemble’s tenure (2008- 2011).

Tom is the Co-Founder and Co-Director of the Ground and Field Theatre Festival (GFTF). A three year partnership with the UC Davis Department of Theatre and Dance, GFTF helped to develop two dozen new plays by an international cohort of playwrights.  These plays focused on themes of social, environmental, and economic sustainability.

Since 2005 Tom has produced over 30 plays in Los Angeles including several award winning productions. Tom is the writer and creator of The War Cycle which currently includes the plays Wounded, Nation of Two, and Gospel According to First Squad. He is a three-time Ovation Award nominee (in playwriting, directing, and producing), and has won several other awards and recognition for his work as a playwright, director and producer, including a Special Citation from LA Weekly for “Excellence and Breadth of Vision.”

A native of Davis, Tom earned his Bachelor’s Degree in Theatre and Dance from UC Davis, his Master of Fine Arts in Directing from UCLA, and works towards his PhD in Performance Studies at UC Davis.  At UC Davis, Tom serves as an Associate Instructor in Theatre and Dance, teaching Introduction to Acting, and Introduction to Dramatic Arts.  Prior to the pandemic, he lead a three year Directed Group Study on Theatre Athletics and Ensemble Practice.

Tom is a Certified Personal Trainer (NASM), and a Behavior Change Specialist (NASM).  He is also a game designer, avid gamer, veteran Game Master, and a fun and play scholar.  His research explores the application of Radical Fun to the practice of theatre and theatre adjacent activities, as well as a general exploration of the hedonic phenomena underpinning the modern concept of “fun”. 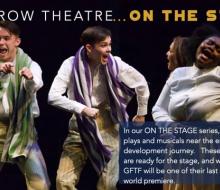 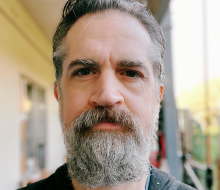 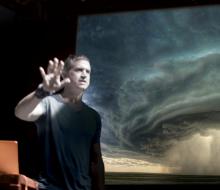 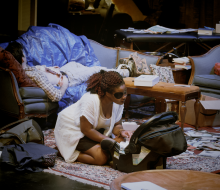 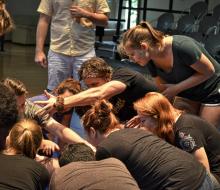