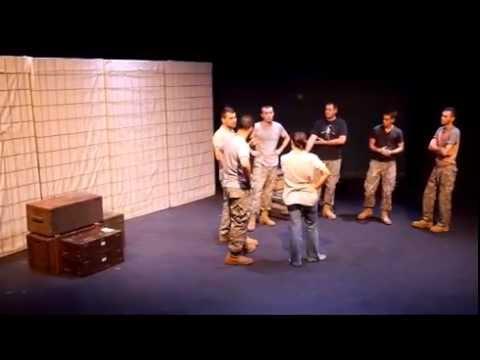 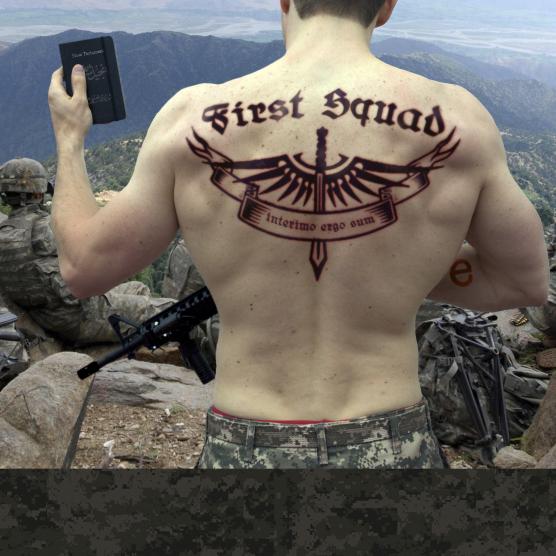 At a small U.S. Army outpost at the mouth of Afghanistan’s deadly Korengal Valley, a squad of battle-hardened soldiers anxiously await their imminent return to the States. When a human terrain specialist assigned to First Squad reveals a fanatically religious ideology, everyone takes a side. The cracks widen as First Squad gears up for a last minute, unexpected patrol into a hotly contested remote village enshrouded in the fog of war. In such a confusing fog, wonders a captain assigned to investigate the disastrous patrol, how is it that every surviving member of the squad tells exactly the same heroic story of that fateful final patrol?

Please be advised: Recommend for ages 16+ for mature language and staged acts of violence.

There are post-show conversations with members of the creative staff scheduled on September 29 and October 6.

Tickets are adults: $15, faculty/staff: $13.50 and student/senior: $10.00 and may be purchased in advance online or at the door the day of performance.

Directed by Danika Sudik, Gospel According to First Squad is the third stand-alone play in Burmester’s The War Cycle. Inspired by interviews with men and women wounded in battle, widows, and soldiers and Marines who served in combat in Iraq and Afghanistan, the playwright and members of the Los Angeles Theatre Ensemble compiled years of research and development into a series of plays that tell relevant, important, and emotional tales, investigating the stories we tell about the most profound moments of our lives, and the reason we tell them.

Gospel According to First Squad premiered in 2011 at the Powerhouse Theatre in Los Angeles to acclaim and received numerous regional award nominations and accolades. The Los Angeles Times hailed, “This ‘Gospel’ is chapter and verse of one of the finest war plays in recent memory.”

A Look at “Gospel According to First Squad”

Here is a preview of Gospel According to First Squad which is being its regional premiere at UC Davis. Production runs September 29 through October 8 at Wright Hall’s Arena Theatre. All photos are by Huan Yu, copyright UC Davis

Danika Sudik is an Ovation-nominated director, actor, and teaching artist from Los Angeles. She has worked on the War Cycle as a Corps Artist of the Los Angeles Theatre Ensemble since 2008.

Dissertation: “Well Played: Radical Fun and the Game of Theatre”