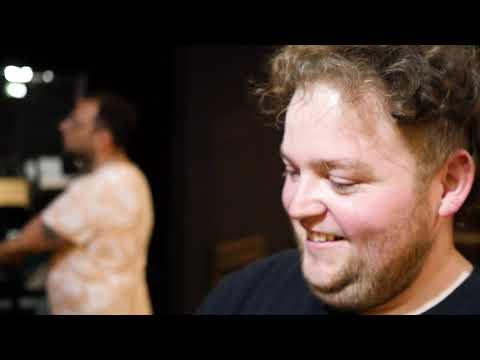 This year GFTF offers a preview of the new works and an opportunity to meet the creative team at the Jan Shrem and Maria Manetti Shrem Museum of Art on September 12 at 7 p.m.

During a month-long intensive, artists develop new works under the guidance of the festival’s co-artistic directors: Broadway veteran Mindy Cooper and award-winning director/producers Tom Burmester, Lisa Quoresimo and Danika Sudik. A unique collaboration among scholars, guest artists and a student-led ensemble, the festival nurtures the playwright’s vision while developing narratives around environmental, social and economic sustainability.

The festival begins on Sept. 26 with the punk rock musical, “Fat Kid Rules the World,” conceived and directed by Marc Eardly, book and lyrics by Jay Falzone, music by Matt Gumley and additional material by Evan Jay Newman. The piece is based on the award-winning young adult novel by K.L. Going. Troubled, overweight Troy is about to throw himself under an oncoming subway train, when punk rock guitarist, Curt, stops him. The duo begins their unlikely kinship by forming a punk rock band. In spite of their personal problems including grief, bullying, abusive home life and addiction, Curt is desperate to keep his band together and won’t let their issues stop him. Sept. 26-28 and Oct. 3-5 at 7 p.m. and Sept. 28 at 2 p.m. and Oct. 5 at 1 p.m. Wyatt Pavilion Theatre. K.L. Going, the novel’s author, will appear in a post-show talk back on Sept. 26.

“Ranked, A New Musical” features an original book by Kyle Holmes, Class 2012, B.A. English, with music and lyrics by David Taylor Gomes and is directed and choreographed by Cooper. In a dystopian high school world brutal academic competition defines each student’s worth. In this intense culture of performance, Lily must come to grips with her place in the status quo as she watches friends and enemies alike destroy themselves and each other to score their way to excellence. The cast includes guest artist Shelby Wulfert, best known for her role as Maddie 2 in the Disney Channel’s sitcom “Liv and Maddie.” Sept. 26-28 at 7 p.m. and Sept. 28 at 2 p.m. Main Theatre, Wright Hall.

“Burst,” by award-winning playwright Rachel Bublitz and directed by Burmester and Sudik, opens week two. The play centers on Sarah Boyd who has built a fast-growing tech company with the goal of saving the planet. While pursuing new funding, Sarah must persevere through a late night interview with a tough reporter, a lawsuit aimed at a person from her past, and the waffling of her CTO. Oct. 3-5 at 7 p.m. Lab A Theatre, Wright Hall.

“Sustain Me,” by Washington Post journalist and playwright Sarah M. Vander Schaaff, is directed by Burmester and Sudik. In the play, Jacey has embarked on the yoga path and Michael is working on an organic farm. Both are desperate to sustain faith in humanity as rudeness and waste overtake what they thought were pristine oases. Facing their worst fears, they find a connection within themselves and each other. Is it enough to sustain them–or the world? Oct. 5 at 5 p.m. Della Davidson Performance Studio, Nelson Hall, Old Davis Road.

GFTF’s reading series, “Off the Page,” offers works read by actors in a simple setting with playwrights present. The series begins on Sept. 14 with a reading of “Shining,” an exploration of myth and parenting, by Aidaa Peerzada and directed by Quoresimo. Shining and Spark are the son and daughter of Greek gods Helios and Clymene and they have a lot of questions. Are their parents really who they say they are? Why do boys have to go to school, and why isn’t Spark allowed to spark? 7 p.m. Della Davidson Performance Studio, Nelson Hall.

“Over There Outside,” by screenwriter and playwright Janine DeMaria, is directed by Bike City Theatre Company’s artistic director J.R. Yancher. Abby, a first-time mother at 40, feels trapped by her new role and begins living vicariously through the young couple across the street, until tragedy strikes, propelling her back into her own reality. Sept. 16, 7 p.m., RePower Yolo, 909 5th Street.

“At the Table,” a table reading of a work in early development, features “White Monochrome Kingdom”by Scottish playwright Héloïse Thual and directed by B Street Theatre’s Lyndsay Burch. This event is not open to the public.

For updates on the shows, creatives, company members and to reserve seats, please the GFTF website.

Tom finds motivation for his research in fatherhood, play, fun, theatre, and games.  His curiosity runs deep when it comes to understanding the phenomena associated with joy, enthusiasm, inspiration, and flow.

He founded the Los Angeles Theatre Ensemble in 2004, where he served as Artistic Director for over a decade. Tom also presided over the historic Powerhouse Theatre as Managing Director during the Ensemble’s tenure (2008- 2011).

Danika Sudik is an Ovation-nominated director, actor, and teaching artist from Los Angeles. She has worked on the War Cycle as a Corps Artist of the Los Angeles Theatre Ensemble since 2008.