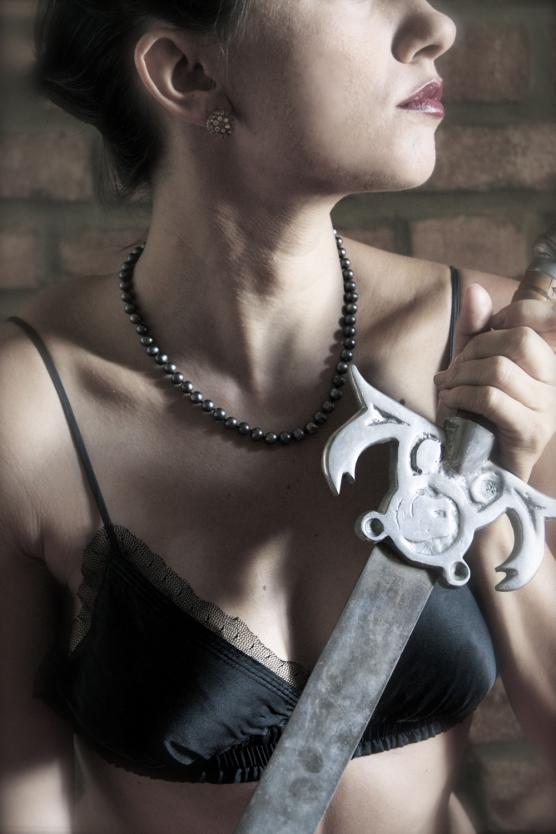 Program 1 is not conventional  theater: it begins in Wright Hall’s Lab A Theatre with Lindsay Beamish’s piece; moves through the Arboretum with Deirdre Morris’ piece; then the audience will be led back to Wright Hall’s Arena Theatre for the final piece, by Mary Ann Brooks.

Program 2, featuring work by Peet Cocke, Andrea del Moral and Amanda Vitiello, commences and remains at Wyatt Pavilion Theatre. The audience should enter at the usual entrance on the south side of the theater.

Mary Ann Brooks’ piece, Improvising While Black: Chronicling a Black Aesthetic, is an inquiry into racial representation, spontaneous movement creation and survival. Brooks says her piece explores many questions including “What is blackness in a world where most things black and/or African are reviled, demonized and erased while at the same time desired, coveted and appropriated?”

Peet Cocke’s and Andrea del Moral’s Oracle of the Western Shore is an adaptation for the stage of the novel Voices by Ursula Le Guin. The adaptation tells the story of a young woman’s journey to fulfill her destiny in a town struggling to free itself from occupation by a foreign power. Cocke and del Moral are working with a talented group of undergraduate students to bring this tale to life.

We Do Not Live In Splendid Isolation, Deirdre Morris

We Do Not Live In Splendid Isolation by Deirdre Morris includes stilt work as well as a boat in Lake Spafford. This site-particular* collaborative performance takes place in the UC Davis Arboretum.

Encompassing suspension, surveillance and sustainability practices through the medium of visual, textual and corporeal engagements, on stilts, on film, on land and on water, We Do Not Live in Splendid Isolation asks what is a right relationship to place? In this era of intense human impact on ecosystems, we prioritize what the performing arts contribute to understanding the relationship of humans to place, both wilderness and human-built spaces. How does a human in nature impose temporality on that place? Linear temporality is one of many times; we view this prevailing temporality as a ‘colonialism.’

Does imposing its rhythms, tempos, and measurement on a landscape deprive place of its own time? Does Western temporality deprive the humans who impose it of a fuller knowledge of place and self? These site- particular narratives aim to explore concepts of human-to-place relationships, embodied wilderness, and to deepen our understanding of how humans belong in landscapes.

*Site-particular refers to a direct engagement with the landscape being worked in, and through the time and place of the structured presentation.