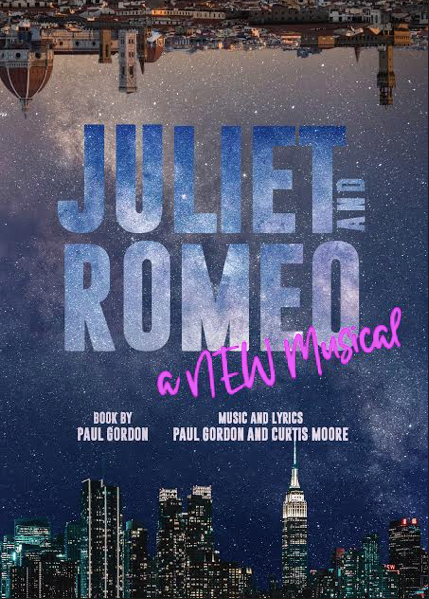 Romeo and Juliet is reinvented as a musical comedy when the UC Davis Department of Theatre and Dance, Southern Utah University’s (SUU) Department of Theatre, Dance and Arts Administration and Catalyst: A Theatre Think Tank premiere Juliet and Romeo. Co-written by Paul Gordon, a Tony Award nominee for Jane Eyre, and Curtis Moore, an Emmy Award nominee for The Marvelous Mrs. Maisel, the production will be accessible virtually June 3 at 6 p.m. PDT through midnight on June 5, 2021.

“Developing Juliet and Romeo is the perfect marriage of creativity and research expected of a leading university like UC Davis,” said Mindy Cooper, a Broadway veteran and UC Davis professor of theatre and dance. “World Class writers in residence with our student talent, moving a brand new story forward, with expertise and passion.”

A comedic spin on William Shakespeare’s romantic tragedy, Juliet and Romeo centers on a second-rate contemporary author who finds himself transported to the city of Verona in Shakespeare’s Romeo and Juliet, where he attempts to change the Bard’s original ending.

Juliet and Romeo is co-directed by Cooper and Lisa Quoresimo, assistant professor of theatre and dance at SUU and UC Davis alumna (M.F.A., performance studies, ’18). Gordon and Moore are the spring 2021 UC Davis Granada Artists-in-Residence.

“It’s been a great pleasure to collaborate with the students on a musical in its early stages of development,” said Gordon. “Rehearsing with the cast offers us the opportunity to see the material through their eyes. Each stage of development is crucial and this is a unique chance to create a piece of art with students that are both willing to learn and teach us something new in the process.”

Through the use of video and audio equipment, each student had to create their own individual rehearsal space in their residence. The cast of actors from both universities rehearsed virtually in different time zones.

To create the contemporary world and Renaissance Verona, designer Martha Clarke, costume director at Sonoma State University, sourced garments from UC Davis, SUU and Sonoma State costume shops, which had to be shipped, along with props, to all cast members. All of the musical’s virtual backgrounds have been created by projection designer Ian Wallace, lecturer in theatre and dance at UC Davis.

The performance is free and open to all. Access is available for 54 hours beginning June 3 at 6 p.m. PDT on the Robert and Margrit Mondavi Center for the Performing Arts website.

The production will be featured as part of the Mondavi Center’s HomeStage series with promotional support from the Jan Shrem and Maria Manetti Shrem Museum of Art.

The UC Davis Department of Theatre and Dance is part of the College of Letters and Science. For details and event schedules, visit arts.ucdavis.edu/theatre-and-dance. SUU’s Department of Theatre, Dance and Arts Administration is part of the College of Performing and Visual Arts. For more information, visit suu.edu/pva/ta. Catalyst: A Theatre Think Tank collaborates with prestigious playwrights and composers to train theatre artists who perform new works for the stage. For details, visit catalyst3t.com.