ITDP: Wigs Turn The Music On By Lindsay Beamish and Amanda Vitiello 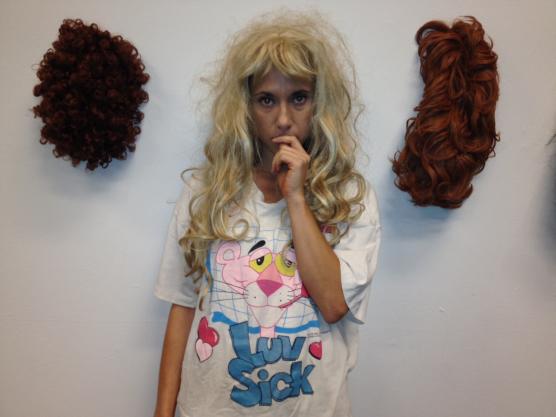 Wigs Turn the Music On uses invented ritual and coded language to communicate the story of two preteen girls imprisoned in a locked room.They are commanded and controlled by an unseen man who hides behind a curtain, and who instructs the girls to perform a series of trained acts and unfamiliar ceremonies.The girls communicate via a semi-private language that developed out of their captivity; they use this language to plan and attempt their escape.

This production is rated R for adult themes, hard language and violence.