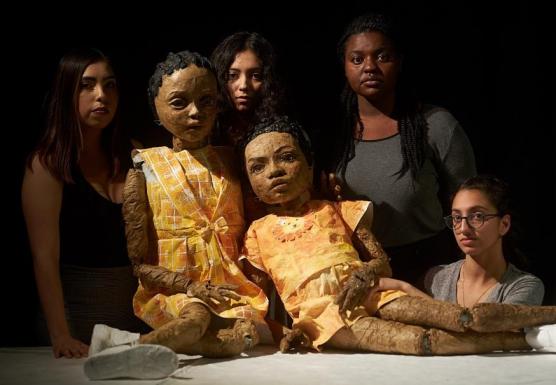 The UC Davis Department of Theatre and Dance’s 2018 production of “The Bluest Eye” has received four awards at the 2019 Kennedy Center American College Theatre Festival. News of the victory was recently received by co-director Margaret Laurena Kemp, associate professor theatre and dance.

Written by Lydia R. Diamond, the work is a powerful adaptation of the late Toni Morrison’s debut novel which explores the destructive power of racism and the strength of a community attempting to embrace an era of change. The play centers on Pecola Breedlove, a young black girl, who wants nothing more than to be loved. Confronting turmoil at home, she prays for Shirley Temple’s blue eyes, believing their beauty is the only thing standing between her and the happiness of the white girls at school.

The production was distinctive in its use of puppets as the characters, manipulated and voiced by the student actors, thus allowing the cast to perform multiple roles.