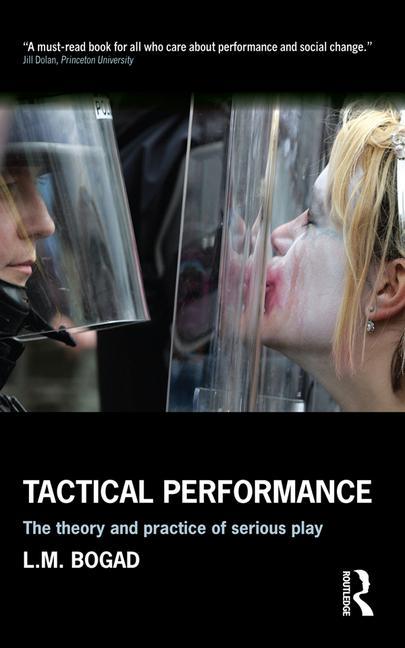 Associate Professor Margaret Laurena Kemp, theatre and dance, worked with UC Santa Cruz PhD candidate Abram Stern who, for six years, has focused on alternatively visualizing censorship in surveillance footage made public by the government. Using the transformed surveillance footage’s poetic and political potential, Stern collaborated with Kemp to overlay media generated by the Oversight Machine over video documentation of Kemp’s five-hour durational performance, Surveillance Like a Hollywood Movie, which incorporates movements from African American vernacular dance and manual labor. The collaboration was recently featured in an online article on the Bay Area’s KQED website.

Professor Larry Bogad’s book Tactical Performance: The Theory and Practice of Serious Play was cited as a resource for employing street theatre techniques as a form of effective peaceful protest in an online article on the Make Community website.