U.S.-born, raised and trained in the U.K., Patricia Miller brings a diversity of experience to theatre directing, teaching and acting. She creates a strong dynamic between text work and physical theatre techniques across many genres, ranging from classics with strong text work integrated with physical theatre techniques, to new play development, modern works and live arts genres including circus, opera and interactive ritual.

The UC Davis Theatre and Dance Department welcomes back alumna Patricia Miller to direct the biting satire “The Government Inspector.” It will be performed Nov. 12-22 at the Main Theatre in Wright Hall. 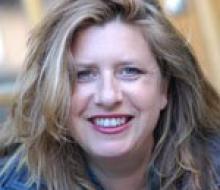