He is the author of “Contemporary Latina/o Theater: Wrighting Ethnicity” (Southern Illinois University Press, 2008) and more than twenty-five articles and book chapters including: “If Writing…” in CorpoGrafias; “The Latinx, Indigenous, and the Americas Graduate Class: Geography, Pedagogy, and Power” in Theatre Journal; “Shift2” in Theatre, Performance and Theories of Change; “Thinking the Space(s) of Historiography: Latina/o Ethnicity Theatre” in Theatre/Performance Historiography: Time, Space, and Matter; and “Neoliberalism, Historiography, Identity Politics: Toward a New History of Latino Theatre,” co-authored with Patricia Ybarra, in Radical History Review. His essay “Marisol, Angels, and Apocalyptic Migrations” won the 2001 Amy and Eric Burger Theater Essay Contest. He has received a UC MEXUS faculty grant, a Davis Humanities Institute Fellowship, and a Beta Kappa Northern California Association Teaching Excellence Award.

His current research divides into two strands. The first considers the formation and limits of the work of politics within contemporary US theater in a work tentatively entitled The Political Geography of Latinx Theater. The second explores the theory and practice of performance/performative writing organized into two projects in process: Compositional Potentials explores forms of composition (dance and writing) as performances of theory/ theoretical practices using examples from collaborative practice with choreographer David Grenke; Writing Words: An Essay ___ Performance is a performative theoretical investigation of writing as/with/about performance.

His creative activity includes writing for performance and dramaturgy. He was the creator and performer of Performance/Theory Lab A Series of Serious 22 22 Minute Events, and has collaborated with choreographer David Grenke on several dance theater pieces including “In the Space Provided” and “Low Flying Planes.” They are currently working on a new project, tentatively entitled Equifux, exploring rage, borders and the failure of communication. He is currently revising a full-length play, Warikiru, a play exploring connections and reactions to loss. His dramaturgical experience includes “Somewhere in the Pacific” (Manbites Dog Theater), “Electricidad” (Sacramento Theatre Company), “A Dream Inside Another” (Sideshow Physical Theatre), “Collapse” (Sideshow Physical Theatre) and “Oklahoma” (UC Davis Theatre and Dance) and has engaged UC Davis students in “365 Days/Plays” and “Every 28 Hours,” two national theater projects.

At UC Davis he has served as Chair of the Department of Theatre and Dance and in several positions within the Academic Senate including Vice Chair of the Division, Chair of Undergraduate Council, and Chair of Affirmative Action and Diversity. He serves on the editorial board of Cambria Studies in Contemporary Theatre and Drama and previously on the boards of Theatre Survey and Text and Presentation: The Comparative Drama Series. Previously on the Board of the Comparative Drama Conference, he has served as Conference Planner and Focus Group Representative for the Association for Theatre in Higher Education (ATHE) Latina/o Focus Group (now the Latinx, Indigenous and the Americas Focus Group) and is currently serving as Treasurer of ATHE and member of the Governing Council.

His book, Contemporary Latina/o Theater: Wrighting Ethnicity (2008), is part of the Theater in the Americas series from Southern Illinois University Press. 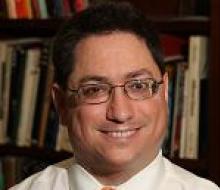